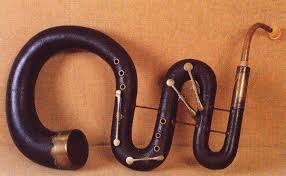 “A very appealing and appropriate choice of works”

Thursday’s SCO concert at The Queen’s Hall was to celebrate the 25th anniversary of the SCO Choir, and like at all the best gigs, the star attraction came on after the interval, following an impressive warm up by the band themselves.

Indeed, “warm up” is a particularly apposite description. The gallery was unusually crowded owing to the need for the ground floor to accommodate both the orchestra and 60 strong chorus, as half the centre stalls had been taken out. Heat rises, and for some reason the upper half of the house was uncomfortably warm, the lower a little too refreshingly cool.   Deliberate attempt to boost interval bar sales? Of course not; worried staff were toying with the radiators all evening.

Hot stuff? (Groan). Yes, it was an interesting programme, very much in the classical vein.

First up was Bach’s Overture from Suite No 3. Conductor Richard Eggar engaged with us immediately, explaining that this piece was “the one before Air on a G string” which I guess made us feel at home. My concerns about the Master’s orchestration including three trumpets playing very much in the high register, reminiscent of Handel and in truth slightly jarring (absolutely no reflection on the playing) was confirmed by the view taken by musicologist Joshua Rifkin that the piece may originally have been conceived for strings alone. Nonetheless it made for a lively opening to the evening’s entertainment.

Next came Mendelssohn’s Fifth Symphony. Yes, Fifth. Most people think he wrote only four, and in fact this work was composed probably somewhere between the first and second, much delayed in the performance. Nothing like the “Italian” or “Scottish” symphonies, it is a highly classical work, fitting in well with the Bach, and includes in the scoring a part for that intriguing instrument of yore, the Serpent, that I would imagine sounds rather like a cardboard tube made of brass.

A short while through the first movement I thought I was listening to Wagner. How could this be? Well, both Mendelssohn in this work, and Wagner in Parsifal, use the chorale-like orchestration of Martin Luther’s setting of Psalm 46, Ein’ feste Burg (“A safe stronghold’). Later on there were reminders of Haydn’s ‘London’ Symphony (no 104) with the use of the Dresden ‘Amen”. This ‘Reformation” symphony was an orchestral link between concert hall and church, a prelude of what was to come after the interval.

Mendelssohn featured again after the interval with the choir performing his hymn-like ‘Verleih uns Frieden’, or “Peace in our time”, later to have such resonant connotations.   It was a pleasure to hear choral singing with such soothing melodic lines in this brief, dignified work.

Finally, the piece de resistance, Bach’s Magnificat in D. Confident choral singing with a strong, reassuring opening ably supported by brass and wind. The “Et exultavit…” that followed suffered from a slight lack of volume from the solo soprano, but the work as a whole provided a compleat combination of chorus, soloists and orchestra.

So Happy Birthday, SCO Chorus and Band, a very appealing and appropriate choice of works to celebrate this joyful occasion!

Go to the SCO and the Queen’s Hall