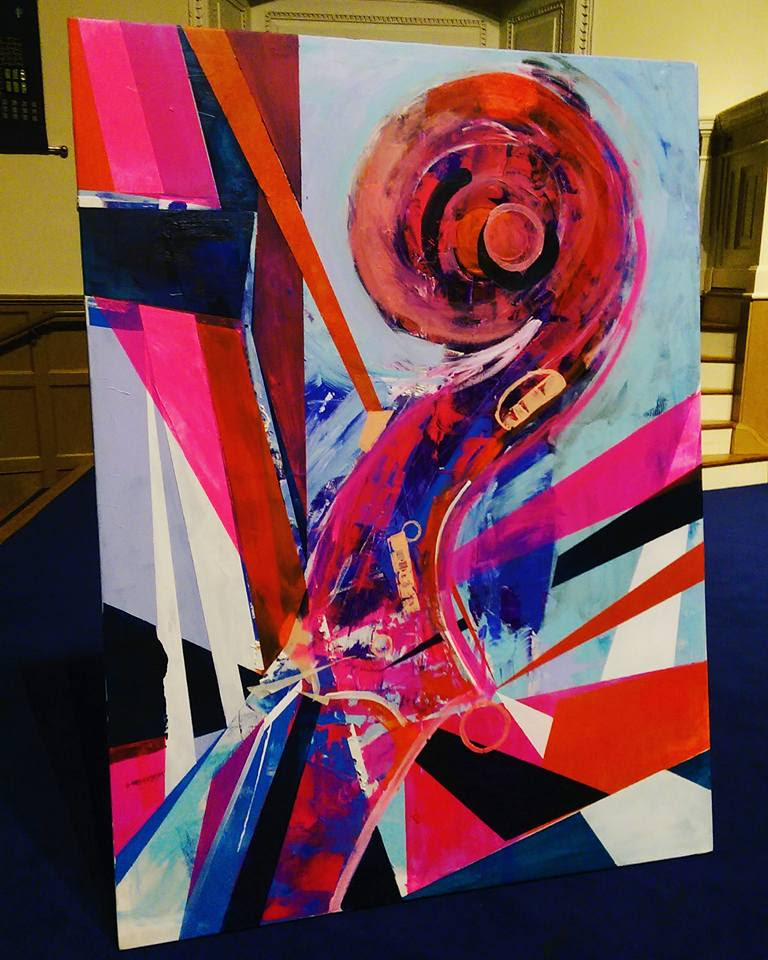 The life of a professional musician has always been tricky, whether you were Mozart churning out prodigious quantities of glorious music against impossible deadlines and demanding creditors, Shostakovich keeping Stalin and his apparatchiks at bay, or even today as a rank and file player with the necessity often to freelance and keep several irons in the fire, both for the benefit of professional development and regular employment.

All these aspects were present at Monday’s Queen’s Hall recital by the Edinburgh Quartet. First, the line up. The first violin desk has been filled by a variety of (very talented) artists since Tristan Gurney left for London last year and was tonight filled by Zoe Beyers. Second violin Gordon Bragg also plays for the RSNO and is currently touring with them in Florida, his place being taken on the night by Tom Hankey. Catherine Marwood ably took the viola desk on behalf of Fiona Winning, leaving only Mark Bailey on cello as part of the regular band. I am afraid, notwithstanding good individual playing, it showed – a bit. Talented individuals do not necessarily an ensemble make.

The evening started with Mozart’s String Quartet in D Major K575. Composed towards the end of his life and published posthumously it is an enjoyable work that allows each member of the band to show off their individual talents, a wise choice here in that their experience of playing together is limited. It made for an easy to get into start to the evening, with Catherine Marwood’s viola to the fore supported by Mark Bailey’s Cello.

There followed Shostakovich’s String Quartet No 1 in C major. A short (fourteen minute) romantic work, yet of some intensity but also tunefulness, it surprised and pleased the audience as not coming as too much of a shock after the Mozart; the band’s playing being bolder and more committed as they got into their stride.

The evening concluded with Beethoven’s String Quartet in C major No 3 ‘Rasumovsky’ one of three so named after its sponsor, the Russian Ambassador to Vienna. Again, the work offers plenty of scope for the individual players to respond to, as well as some good ensemble playing as the Quartet were by now fully warmed up. There was real verve in the opening movement, particularly in the Allegro vivace, smooth togetherness in the Andante con moto quasi allegretto supported by well despatched cello pizzicato and really good ensemble playing in the Menuetto. The work was brought to a close with a high sprirted, high speed Allegro molto.

The concert was part of the Edinburgh Quartet’s season branded ‘EQ:Revolution’ and as before an artist from a different genre offered a complementary interpretation. In this instance it was Erik Petrie who went on stage, as he has done at others, to describe three colourful artworks, influenced by music and revolution, commissioned by the Quartet. The theme is certainly applicable to Shostakovich but more nuanced elsewhere. Petrie is an artist and was a little uncomfortable talking, understandably so when mentioning that the artworks were available for sale, albeit with the very noble cause of thereby providing financial support to the Quartet.

Go to the Edinburgh Quartet