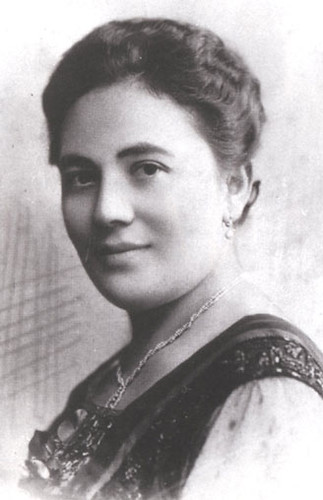 “The Edinburgh Quartet go on tour to all four points of the compass, to build lasting relationships with communities in the North, South, East and West of Scotland”

I have not reviewed the Edinburgh Quartet since March when they played a combination of Mozart, Beethoven and Shostakovich as part of their “Revolution” series. They have been busy since, including a fascinating mixed media “Dance” performance reviewed in June by my colleague Steve Griffin. The Quartet are not a conventional, formal concert giving band, and have a clear market and music focus: different themes for every season, and outreach to the local community, including incorporating artists, makars, dancers, and, tonight, student musicians. Sunday’s 3pm matinee was one of only a few conventional concert hall offerings this season. Otherwise there are rush hour concerts, lunchtime concerts, free concerts and concerts all over Scotland including as far afield as Lerwick. It is almost as if ‘Edinburgh’ is a misnomer. Their publicity rightly states that “the Edinburgh Quartet go on tour to all four points of the compass, to build lasting relationships with communities in the North, South, East and West of Scotland”.  They are a quartet for the nation.

With this creative and outward looking disrespect for inertia we also have had change in the line up almost to the point of it being a band of session musicians, Mark Bailey on cello apart. This does not trouble the band, and nor should it us. The vacant seats give an opportunity for up and coming musicians to try out their playing in a quartet as opposed to an orchestra or solo role, and it brings something new for each concert, where all the different line-ups I have reviewed deliver a surprising homogeneity.

Yet the move from homogeneity to synergy requires players in total empathy with one another and second guessing them, often for years, which is why great quartets are always better than star studded put-together ensembles.  Only the first violin seat remains to be filled, probably, I understand in the New Year. On balance, this is to be welcomed.

The programme took us from Haydn, through Tchaikovsky and Janacek to a new work by Scottish composer Tom Harrold.

Haydn’s String Quartet in F minor Op 20 No5 is part of his ‘Sun’ series, but this stupid name, based on a cover illustration, belies an austere work that is satisfying rather than uplifting. It was competently and confidently played.

The Janacek String Quartet No 2 “Intimate Letters’ was written 150 years later (1772, 1927 respectively) and in style probably quite demanding for the largely elderly Sunday afternoon audience. Written in the last year of Janacek’s life it reflects upon the woman for whom he fell head over heels, Kamila Stosslova, nearly 40 years his junior and to whom he wrote over 1000 letters, 300 in his last eighteen months*.   Certainly all manner of feeling was in this work, amounting to a conviction piece that, while not easy listening by any stretch, was as rewarding as it was demanding. That the relationship was reciprocated only platonically no doubt contributed to his and the music’s angst. The Quartet despatched its considerable demands with ease. So much so that when the work stopped in order for second violin Tom Hankey to return to the anteroom to pick up the rest of his music nobody minded, such is the quartet’s informal rapport with their audience.

Following the interval the quartet was joined with a “shadow” quartet of students from St Mary’s Music School: Briona Mannion and Marie-Sophie Baumgartner on violin, Rachel Spence and Finn Mannion on viola and cello respectively. They were playing the world premiere of Tom Harrold’s short piece “Elegy”. Harrold described the work as simple but the timings were very difficult (and which the shadow quartet managed very well) and there was a considerable amount of pizzicato to handle. Intensely quiet at the opening the piece developed into a pleasing, romantic work in the modern vein.

The evening ended with Tchaikovsky’s String Quartet No 2 in F, Op 22, a great, classical work relatively unknown outside of the musical world, for being within the chamber music genre, I suspect. Contrast it with the hugely popular Piano Concerto No 1 in B flat minor, Op 23. Both have the honour of being dismissed by Rubenstein: the Quartet “not really chamber music”, and the “Concerto “unplayable” It took considerable reserves of energy and musicality to deliver a work of this substance at the end of a long but engrossing Sunday afternoon. The elusive first violin seat was on this night guested by Nicolas Dupont from Belgium. He had most of the heavy lifting to do, ably supported by his colleagues. Whoever takes the first violin seat permanently has a lot to live up to.

* For those who want to know more about this extraordinary 11 year ‘non romance’ I recommend “Notes for a Hausfrau: Intimate Letters: Leos Janacek to Kamila Stosslova”, edited and translated by John Tyrell and published by Faber in 1994 at £25.  It may be out of print, so go to the excellent review in the Independent by Michael White that gives the gist of this extraordinary muse:  http://www.independent.co.uk/arts-entertainment/book-review-notes-fof-a-hausfrau-intimaye-letters-leos-janacek-to-kamila-stooslove-ed-trs-hohn-1410383.html

Go to the Edinburgh Quartet