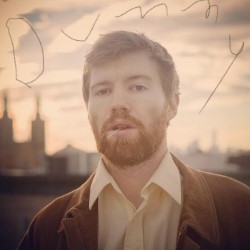 “The show connects my personal narrative, as a kid growing up with a developmental disability, to a broader culture rife with neurological disorders and overmedication.”

WHAT: “Diagnosed at a young age with an autistic spectrum disorder, Midwestern American comedian Anders Lee brings his signature, sincere and plainspoken manner to the stage as he recounts struggles with school, work and dating while being ‘on the spectrum’. Through funny, heartwarming and thought-provoking stories, Lee dives headfirst into questions of disability, education and what it means, in our hypercapitalist, technology-saturated age, to truly be ‘dumb’.”

My first year was in 2017. It was a challenge to say the least. Every day my show began right as my venue opened in an area where punters were slim to none. Nevertheless, I pressed on, giving the best performance I could each time to crowds of ten, three and, sometimes, one. At the beginning of the Festival, my show was pure, straight stand-up. An hour of carefully crafted, impersonal jokes. But as the Fringe progressed, I found a positive response in stepping outside my comfort zone and delivering more vulnerable material.

Since returning to the United States, I have focused on developing a solo show that combines elements of standup with storytelling and spoken word. I’ve been able to get feedback and direction from artists with varying performance backgrounds. Creating “Dummy” has been a great experience over the past few months, and I’m very excited to bring it to Edinburgh.

“Dummy” is about the autistic spectrum and the notion that, perhaps, “autism” is more of a cultural phenomenon than a medical one. The show connects my personal narrative, as a kid growing up with a developmental disability, to a broader culture rife with neurological disorders and overmedication. After the Festival, I plan on touring “Dummy” in different cities across the United States.