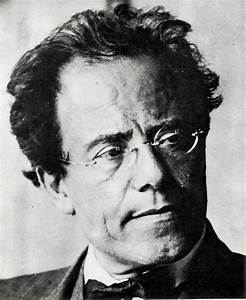 “The RSNO just gets better and better”

The RSNO Supporters’ Hospitality Suite was packed, the dress code considerably upscale, the auditorium full, save a few seats in the very furthest reaches of The Gods. It was opening night in Edinburgh for the RSNO 2018/19 season, and the induction of long time Principal Guest Conductor, 49 year old Dane Thomas Sondergard, as Music Director, who had celebrated his birthday the previous evening with this same programme in the Caird Hall, Dundee.

Expectations were clearly high and were not disappointed. We experienced an evening of real musical craftsmanship, the thoroughness, depth and preparation of the music expressed though a mixture of strong technical accomplishment accompanied by restrained, contained emotion which in this age of hyperbole made it all the more effective. Not so much “Less is More”, for there was plenty, but “thoroughness is all” rather than showmanship, particularly in the Mahler, where hearts were not worn on sleeves, but beat resonantly from within.

As is the RSNO’s habit, we were welcomed with a few words by a member of the string section, which in my mind achieves a helpful bond between players and audience.

We started the evening with a warm up, Lotta Wennakoski’s aptly named Flounce, a five-minute escapade that reminded me of a fairground ride and premiered at last year’s Proms under the baton of fellow Finn Sakari Oramo. Result? Good mood all round.

Piano already in situ so no delay for the next piece, except for a brief address from Sondergard himself, full of Scandinavian modesty as he spoke of his pride at becoming Musical Director after those seven years as Principal Guest Conductor.

Our soloist on the night was Francesco Piemontesi, perhaps best known as a proponent of Mozart and so, given the Mozartian nature of Beethoven’s first two piano concertos, and also his first two symphonies, was a profoundly logical choice.

As in many of his concertos, in his Piano Concerto No 2 in B flat major Beethoven keeps you waiting for the soloist’s entry with a long introduction. When Piemontesi came in, it was a natural segue rather than grand opening, emphasising the synergy between soloist and orchestra that marks the best played concertos. With very strong cadenzas Piemontesi brought verve and precision to the music with the band in taut and timely response. There was a collective (but just about silent) “… aah” from the audience as the familiar third movement Molto Allegro brought us to the work’s conclusion. I would describe this performance as perfect.

We were treated to a thoughtful, unexaggerated interpretation of the well known Schubert Impromptu in A flat major before retiring for the interval, a work I suspect many of us have played in our time, but nowhere near as well as this.

The Mahler Symphony No 5 in C sharp minor was the work we had all been waiting for, a seventy-minute epic. And it was. One’s heart went out to the trumpet soloist opening the work whose first note had just a trace of uncertainty in its first moments but then delivered a masterly performance throughout the work. I suspect few noticed, and none cared, I certainly didn’t. This is all part of the bargain of live music. In fact the orchestra’s playing throughout this very long, demanding work, was exemplary. Huge contrasts in dynamics, avoidance of sensationalism (“It’s not as loud as you play it on the HiFi” my wife remarked), brilliant pianissimi between timpani and basses, joyous chucking of the theme from strings to brass, the orchestra never tiring through this musical and emotional marathon.

The fourth movement Adagiotto. Sehr langsam more commonly known as “The Adagio from Mahler’s Fifth” or, worse, “Theme from Death In Venice” deserves a paragraph to itself. It was a textbook example of how this movement should be played. First, it is an Adagietto, which means very slowly, and it was at a very slow pace –  indeed, the slowest I have heard – that Thomas Sondergard guided his players through an incredibly exposed piece of scoring, in which bow and breath control, depending on the instrument, are stretched to their physical limits. Abbado does it all in a couple of seconds over nine minutes, Rattle in nine and a half. I reckon Sondergard took us to nearer ten. The result was an achingly poignant, again understated but utterly compelling interpretation of this famous musical sketch.

The RSNO just gets better and better. If tonight is an example of what is in store for us in the coming winter and spring, we are in for a series of real treats.