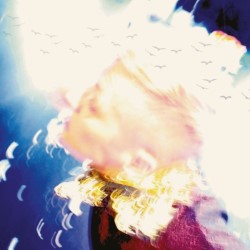 “Our Fringe run will be the premiere…”

WHAT: “This is about living but it began with a death. This is about existing and not existing, and a child’s heart-bursting belief that there is something in between. This is about love. A woman remembers a girl who knew a woman who listened to the birds. Inspired by the depth of feeling in one tiny moment of knowing that the world will never be the same again, this evocative solo work, a collaboration between choreographer Christine Devaney, musician Luke Sutherland and artist Yvonne Buskie, explores the interplay between music, dance and the origins of stories.”

No – we have done a number of Fringe shows over the past decade, include our award-winning production of found in 2009 which scooped a Fringe First. Our 2018 production, MamaBabaMe, a co-production with Starcatchers, received the coveted Fringe Sell-Out Show accolade.

We’ve recently premiered We Are All Just Little Creatures at the Traverse Theatre, our co-production with Lung Ha Theatre Company in association with Lyra; and we’re planning international tour dates for MamaBabaMe after its successful 2018 Fringe run.

Our Fringe run will be the premiere – it’s a piece that tells the story of a woman who remembers a girl who knew a woman who listened to the birds.

It’s written and performed by the choreographer, Christine Devaney (Artistic Director of Curious Seed) and was inspired by the depth of feeling in those tiny moments of knowing that the world will never be the same again.
It is a solo work that has been developed through the ongoing collaboration between choreographer Christine, musician Luke Sutherland and artist Yvonne Buskie, exploring the connections and interplay between music, dance and the origins of stories.

Beyond that it’s is part of a larger project called Moving Monologues which Curious Seed will produce in the future.
We currently have no plans to tour it after the Fringe – so seize the chance to see it while you can.