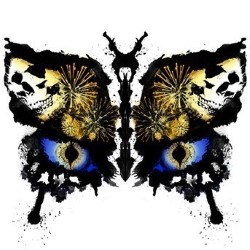 “The Edinburgh Festival Fringe 2019 will mark the first staging of the play.”

WHAT: “A writer/producer of television’s Supernatural spins a series of intimate, darkly comic vignettes in this modern thriller. When Ryan’s firework-filled marriage proposal accidentally awakens an ancient creature sleeping in a nearby lake, local residents become consumed by stories about the ‘thing’ and the dark effects it has on anyone who touches it. Admirers descend into zealotry and obsession where mob mentality, paranoia and blind faith best common sense in a landscape that looks surprisingly close to the world in which we live today.”

Our partner, Celebration Theatre, has produced work in Edinburgh, including last year’s hit “Tilda Swinton Answers an Ad on Craigslist” and the 2010 all-male production of “The Bacchae” which our director, Michael Matthews and producer Nathan Frizzell were also involved with, but it is the first time for the rest of our team including playwright, Steve Yockey (TV’s “Supernatural” and “Scream”).

Aside from a recent workshop with Center Theatre Group in Los Angeles, CA, this is the very first time “Sleeping Giant” will be presented to the world and we can’t wait for audiences to experience the play.

“Sleeping Giant” weaves a series of intimate, darkly comic vignettes together to explore how mob mentality, paranoia and blind faith can overtake common sense in a landscape that looks surprisingly close to the world in which we live today. It was written by Steve Yockey (a writer/producer of TV’s “Supernatural”) and is being produced in association with Celebration Theatre—the oldest continuously producing LGBT theatre in the United States. Lead by the director, Michael Matthews, the cast includes Tony Award-winner Daisy Eagan and ‘The Vampire Diaries’ and ‘The Flash’ star, Rick Cosnett. The design team includes Tony Award-nominated Sound Designer, Cricket S. Myers who creates an otherworldly soundscape to complement the piece.

“Sleeping Giant” received a workshop reading by Center Theatre Group in July. The Edinburgh Festival Fringe 2019 will mark the first staging of the play.

Several friends of Celebration Theatre have projects in the festival including “30 Minute Musicals” and “Tilda Swinton Answers an Ad on Craigslist” which we would absolutely recommend. They’re both very different from “Sleeping Giant” (and from one another) but terrific fun!