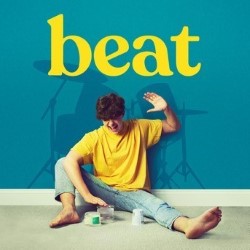 “The world and her people (including myself) remain illogical, a pure mystery and the promised wisdom of adulthood has turned out to be the waiting for Godot.”

WHAT: “Alfie lives with his little brother, Hugo, Mum and George. Alfie is not like the other kids, but that’s only a problem for other people: his irritated parents, the bullying classmates and the exasperated teachers. Alfie doesn’t care as long as he can play his drums. He turns his everyday routine into a life bursting with wonder and music. The funny and moving story of an extraordinary mind gone rogue. The Molière Award-nominated smash-hit show premieres in the UK. ***** (Le Parisien).”

My first time performing, yes! My first time coming to the Fringe, however, was at the age of 17, nearly a decade ago. Two of my good friends and myself flew over from Amsterdam (Yes, born and raised there) to see what the buzz was about.

Memories? Plenty. Sweeny Todd, the Show Stoppers and, believe it or not: Mischief Theatre, back then performing in a 100-odd-seater and completely sold out. Until present remaining the best-improvised comedy I have seen so far, in a scenario where names related to random foods were crucial to the plot development and plentifully dropped.
After an overflow of hilarity and increasing bladder pressure, during the improvised murder mystery, one of the cast members called:

‘Ah, detective Sandwich!’ The other actor seemed stunned and seemingly searching for and adequate comeback. ‘Yes, it’s me!…’, he proclaimed, barely able to hold his laughter. ‘Sandwich! Ham Sandwich’ A hundred heads howling with laughter and actors shaking with tears is most likely the signature memory of that festival.

Other memories include: late adventures, dancing in an empty night club, taking the train to Burntisland and seeing the festival city from across the bay. And falling in love with the city, the festival and in general.
I’m very much looking forward to performing my first solo show, rediscovering the beauty of the city and the festival all over again. Only this time, from the other side of the auditorium.

Brexit! No. I’ve grown up! No… The world and her people (including myself) remain illogical, a pure mystery and the promised wisdom of adulthood has turned out to be the waiting for Godot.

But on a less Beckettonian note: I have been lucky enough to be doing a good few Voice-Over gigs, touring with the Three Inch Fools (yes, Google) and I’ve come to see more of the UK than the country I was born in!

To me, the show is truly about freedom. It is about pursuing that which makes you feel alive. The world in which we live often focuses on surviving and perpetuating a cycle of future promises, making sure we can build an existence.
To my character Alfie however, nothing exits unless it relates to drums. And then, when there is a beat, the world is a wonder without past or future. It is a story about passion and desire and how the heart beats the most beautiful of rhythms when it is set free.

Cedric Chapuis is the writer. He has written and performed the play throughout France for over ten years and now the production is landing a l’Angleterre. I was lucky enough to be cast by himself, Stephane Battle-the director, the producers (SiT Productions) and the beyond wonderful Nadine Rennie. A truly brilliant company to be part of.

Anything that makes you feel alive and forget about any problems you may have.

And if you don’t have problems, the better: you’ll have plenty of dilemmas about which show to queue up for! Go to music gigs, see physical theatre such as Fish Bowl or George(by Contingency Theatre), Intolerable Side Effects (crying out loud comedy with an important message by Claire Parry) and in general: just go with the flow! Read reviews and go to one star and five star shows. Just like a Harry Potteresque box of Bertie Botts every flavour beans, you’ll never know what you’ll find. Isn’t that delightful?