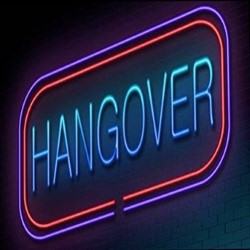 “I was just sitting down to sunbathe when this guy jogged past and something happened that I found really challenging… he complimented me.”

WHO: Kimberley Datnow: Stand Up Comic

WHERE: Just the Tonic at The Caves – Just the Spare Room (Venue 88)

The first time I ever came up my friend emailed me and said do I want to come up to the Edinbrough fringe I genuinely thought it said Edinburgh Fridge. And she was like, “Kimberley what would be in an Edinbrough fridge? Haggis and Heroin!” I’m sorry it’s cause I’m dyslexic I have a problem with the written word.

I was hoping to catch some rays in the park the other day… Ray Liotta, Ray Romano and Ray Mears… No, that’s a joke guys. I’d never sleep with a guy named Raymond.

I was just sitting down to sunbathe when this guy jogged past and something happened that I found really challenging… he complimented me. I have the hardest time taking compliments! Whenever someone compliments me… I GO THROUGH THE 5 STAGES OF GRIEF…

So this hot guy jogs past and he goes, “nice top.”  Straight away I’m into the first stage of grief. Denial: Surely he wasn’t talking to me? A moment later it’s stage 2 Anger. How dare he only care about my looks, I not some piece of meat, Then Stage 3 bargaining. Please, God. If he runs through this park again I’ll be nicer. Followed by Stage 4 depression, oh now what do I do, he might have been The ONE! My life is meaningless without him. And finally Stage 5 acceptance, yes, it is a nice top.

And that’s how I handle every single compliment. Maybe it’s just a side effect of having boobs. Lucky I hardly ever got any, otherwise, I couldn’t function.

It’s a 4 person stand up compilation show, it’s our first time at Edinbrough, and first time doing a show together. One of the first stand-up shows in Edinburgh setting the tone for the day. 11.35am.  The comics are from around the world. English woman, Irish man, American man, and a guy from Birmingham and an mc from Texas! We all met on social media and decided to do a show together! “Risky!” After putting out a post and after a lengthy selection process we chose the best 4 based on wit, comic abilities and sex appeal! And one can be seen on MTV and Amazon Prime too!

I would recommend A friend’s show called Disabled Coconut, he is a disabled comic, very funny and his show has been sold out every night!