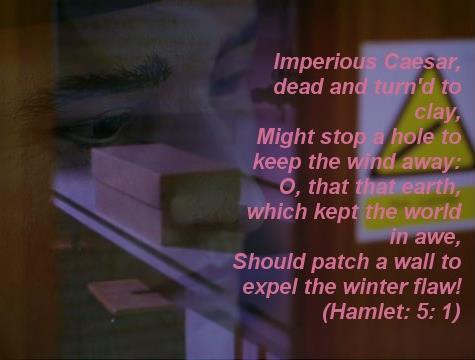 “All depended in the last resort on Richard’s success in maintaining his reign and to defeat his enemies which disastrously failed to achieve.”

WHAT: “The definitive biography and assessment of the wily and formidable prince who unexpectedly became monarch—the most infamous king in British history.”

WHO: Professor Michael Hicks, historian of Late medieval England, especially the nobility and the Wars of the Roses, who has written about all the Yorkist kings.

Richard III’s was one of briefest of English kings and was thoroughly defeated, destroyed himself and left almost no achievements to his credit. His significance is negative and inadvertent. He did mean to destroy its dynasty, to restart the Wars of the Roses, or advance the Tudor dynasty, but that what he did.`

Richard was king for barely 26 months. Was that time enough to build a lasting administrative legacy beyond the black legend?

There was not time to assess whether his initiatives were successful or (eg) financially sustainable. The Tudor regime did not generally continue Richard’s regime and indeed often deliberately dismantled them. All depended in the last resort on Richard’s success in maintaining his reign and to defeat his enemies which disastrously failed to achieve.

Did Richard’s time on the throne offer any clues as to what he might have done had he not died at Bosworth?

Richard certainly sought centralised control (eg constableship and northern borders), sought to rationalise administration (eg the heralds) and reform his finances, and to was always proactive, trampling over the legitimate aspiration of his principal supporters. How successful his initiatives were to be and financially sustainable they were is uncertain.

Richard was 32 when he died. Edward IV was 42. Their brother George, Duke of Clarence was 28. These were very young men to be at the centre of things. Is this relevant to an assessment of their decisions, successes, and failures?

Edward IV began to a victorious general, but did assert himself as ruler until 1467. Clarence and Gloucester were not really competent in their teens. They did mature, but both were exceptionally assertive. The errors in young Edward and of Clarence continued to dog their footsteps.

Can you personally sit through a production of Shakespeare’s History plays without tutting?

Apart from the brilliance of the drama, Shakespeare consistently proclaims in Tudor interpretation that has dominated to five hundred years. Regrettably, we lack a contemporary Ricardian counterpart.

A minor medieval lord like Richard seems like a strange focus for such devotion. Why are Ricardians so …err… motivated and passionate?

The Ricardians rightly see the Tudor interpretation as overdrawn – nobody could be so wicked – and were free to fill the gaps that the earliest historians thought self-evident. Richard’s cause has been splendidly promoted, publicised and proclaimed by events as the Quincentenary and reburial of the bones. Public debates since 1980 have consistently found Richard more sinned against than sinning. If the Tudor tradition so rejected wholesale, as Ricardians have always argued, there were enormous to opportunities to re-interpret and to question such orthodoxies at the deaths of the princes.

The whole topic of duke and king has been enormously enlarged. The belief that Richard was misjudged, the apparent mysteries of his life, and defence of the underdog have been combined with some inflated estimates of Richard’s achievement and hero worship. Richard’s defeat has allowed scope for speculation to what might be been.

Has the body of Richard III been found?

There are strong reason to identify the supposed bones of Richard III were found in the right place, with right injuries, and with same distorted spine as Richard’s, but the DNA is not right and there are discrepancies with what else is known, Perhaps will be explained, bu tit has not been is yet. Actually, to my surprise, the precise identity of the remains was not material.

Richard’s wars with Scotland included a brief occupation of Edinburgh. How long was he in the city for? Where did he reside? Did he capture the castle?

Not more to week. Edinburgh was not sacked and the city council left not operational, so it may not surmised that Richard encamped outside, He did not capture the castle.

If you could ask Richard one question what would it be?

Did Richard really believe that Edward’s precontract made the rightful king?

Would you trust his answer?

Probably not. But Richard was certainly capable of convincing himself.