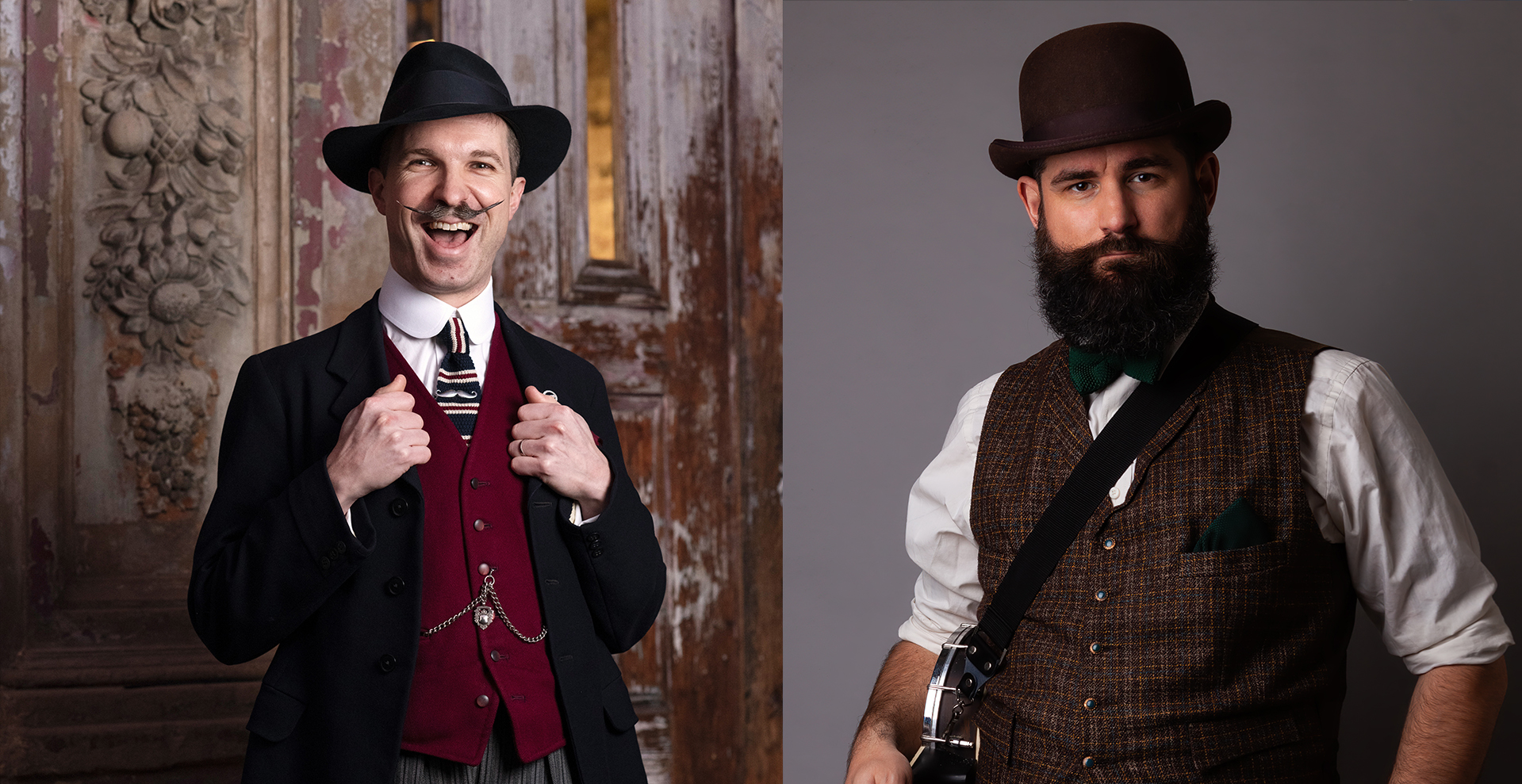 “It’s a tribute to the eclectic and far-reaching magnetism of the two Tom cats that so many people, from so many different walks of life, have beat a path to this gig.”

One is the dapper chap whose viral hit stuck a banjolele chord with anyone who’s ever been mildly cheesed off by life, the universe, and/or everything. The other is an ivory tickler whose weekly Cockney Singalongs became a welcome refuge for a global audience in the darkest days of Lockdown. Together they are the Two Toms, Thomas Benjamin Wilde Esq. and Tom Carradine. Full disclosure, I’m a massive fan of both.

For only the second time in recorded history – this history is recorded on vinyl BTW – The Two Toms are appearing on the same stage in an act of collaborative sharing that would have the nation’s nursery school teachers dishing out ‘star of the day stickers’ like they were going out of fashion. It’s a game of three halves. One half is pure Carradine’s Cockney Singalong – replete with music hall favourites auld and new (‘ave a banana); One half is uncut Thomas Benjamin Wilde Esq. banging out his new cult classics and best-loved covers on a range of string instruments including one of the best set of vocal chords in the solar system; The final half is The Two Toms together, as perfectly balanced as a penny-farthing peddling away down the road of life.

I’m sitting between a much-respected American theatre-maker, in town on his way up to Edinburgh, and the bloke who does security at the Twinwood Vintage Festival – he’s the dude who’ll bounce you out for wearing 50s era buttons on the 40s three-piece, or having a nylon ribbon on your straw boater. It’s a tribute to the eclectic and far-reaching magnetism of the two Tom cats that so many people, from so many different walks of life, have beat a path to this gig. There is magic abroad in the air.

The show is still finding its feet. Gremlins make mischief with the slide projector (not that this crowd needs to be reminded of the lyrics), and there’s a hefty overrun which would have been ruinous at Edinburgh, where eye-watering fines per minute discourage acts from disrupting the festival-goers’ tight schedules. But the artistry is not a work in progress. It’s the product of those hundreds of hours which musicians must sow in private in order to reap the public rewards. The harvest is a fine one, with promises of truly magnificent vintages to come.