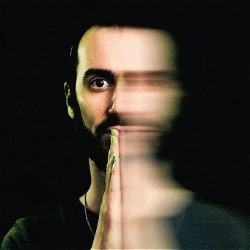 “Coming out as non-binary is not as scary as I thought it would be.”

WHAT: “In aid of the suicide charity CALM, and sound-tracked live with songs from his upcoming second album, the acclaimed beatboxer is back with Breathe: a breathtakingly theatrical display of bravery and virtuosic performance, recreating the impromptu rave in his living room that not only saved his life but transformed a sleepy village community.”

This will be my 9th Fringe – I think! I have a love hate thing going on with Edinburgh – it’s simultaneously the most amazing, inspiring and magical place in the world, and also the most overwhelming and exhausting… but I cannot wait to get back up there and feel part of the biggest show on Earth.

I learned that I have severe ADHD, I’m entitled to German citizenship, coming out as non-binary is not as scary as I thought it would be, and – if you work hard enough – you totally can create a play that becomes a rave and premiere it at the Royal Albert Hall.

So I have two shows this year, 12.05pm is my “Beatbox Adventure For Kids” empowering the next generation of superstar beatboxers (and their grownups) to stop caring what other people think and just be their true shiny noisy selves

Then 7pm is my offie-nominated solo-show “BREATHE: The Play That Becomes A Rave” which tells my story of becoming isolated and suicidal, and how a bunch of strangers saved my life by throwing the greatest rave of all time… in my village living room!

So every night my play that becomes a rave is 70 minutes long, but not gonna lie, you’re likely to leave wanting more. SO on Fridays we have an EXTRA late night offering that starts at midnight called BREATHE: THE CLUBNIGHT. I’m doing an extended DJ set alongside party games and vibes galore and I’m almost more excited for that than the main show! Also, go check out the incredible Abandoman – an Irish freestyle rapping genius who weaves an entire narrative from nonsense the crowd throws at him, it is just joyous and I laugh so much it actually hurts.