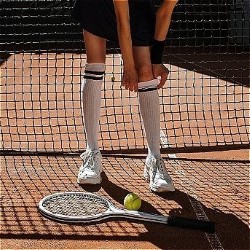 “The Fringe run will be the show’s world premiere – leaping in feet first to the fray of the festival.”

WHO: Eve Nicol: Writer and director

Svengali will be my seventh Fringe production – but my first working as an independent producer of my own writing.

My debut play, ‘One Life Stand’ was presented at the Paines Plough Roundabout @ Summerhall by Fringe legends Middle Child. My adaptation of Belle & Sebastian’s album ‘If You’re Feeling Sinister’ followed, with might of Avalon and BBC Arts producing. I work in Scottish theatre year-round, but Edfringe is a whole other beast that I still feel like I’m trying to tame. Every festival feels like the first!

2019 was my busiest year work-wise but also the year my health took the biggest hit. The two were completely connected. I’ve learnt to scale back and prioritise the stories that matter most to me.

Most of the digital theatre offerings left me cold. The loneliness of lockdown reminded me how much I value the relationship between actor and audience. ‘Svengali’ foregrounds the magic of actor and audience sharing a space in real-time.

I’ve written the show, riffing off the biggest selling novel of the Victorian era, which is now all but forgotten. The character of Svengali – a mesmeric influencing force, remains. His name has become the very definition of manipulative control today.

Our ‘Svengali’ tells the story of the complicated power dynamic between a master tennis coach and his young, female protégé. They reach giddy success whilst tearing lumps out of each other. Ego, ambition and sexual desire blow the whole thing up with only one left standing by the end.

It’s a small team – just me, sensational performer Chloe-Ann Tylor (’Trainspotting’ Citizens, ‘Doppler’ Grid Iron) and the brilliant Robbie Gordon (Wonder Fools) offering Movement Direction. After a couple of years of working on more large-scale projects, it’s been surprisingly liberating to pull it back. ‘Svengali’ is a distillation of what is most important to me- a compelling story with as little as possible between the actor and audience.

The Fringe run will be the show’s world premiere – leaping in feet first to the fray of the festival. The Pleasance and Pitlochry Festival Theatre demonstrated their confidence in the project by selecting ’Svengali’ as part of the Edinburgh National Partnerships programme. They’ve been supportive partners. I hope to use the programme as a launchpad for touring ‘Svengali’ in 2023.

See Scottish theatre in all its humour, sexiness, intellect and power in the Lyceum’s ‘The Strange Undoing of Prudencia Hart’, Isla Cowan’s ‘She Wolf’ at Assembly, Michael John O’Neill’s ‘This is Paradise’ at Traverse and James Ley’s Ode to Joy (How Gordon Got to Go to the Nasty Pig Party) at Summerhall.