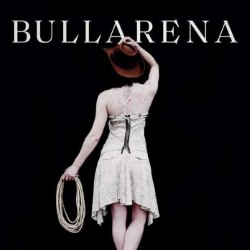 “After Edinburgh, we will be looking at the possibility of touring the production around the U.K.“

WHAT: “Inspired by a true story, Bullarena is a tale of identity and how we choose to follow the truth behind ours. In the masculine-charged arena of bull riding, a sport where women are forbidden from competing, Cassidy has had enough. Never one for conforming to what society expects, Cassidy decides to challenge the perception of femininity and attempts to compete as an equal. Sometimes simply being told you can’t is enough to make you face your fears and prove that you can.”

Yes, this is rough stock productions debut production. Myself alongside fellow college Brandi McClaine have co-produced and devised this production.

We first performed Bullarena at East 15 Acting school and then at the Camden Fringe for 2 nights, Edinburgh festival is without a doubt the biggest thing to have happened to rough stock productions! And we couldn’t be more excited!

Rough stock productions comprises of a group of global actors who all met at East 15 Acting school.

Our show is inspired by true events; rough stocks co-producer and actor Brandi McClaine, disguised herself as a man, at age thirteen, so she could compete in the rodeo bull riding contest, a sport which was forbidden to women, after hearing this we were insistent this was our story!

The production of Bullarena was completely divided by the company; we first performed at East 15 and then took the production to the Camden fringe. After Edinburgh, we will be looking at the possibility of touring the production around the U.K.

I would highly recommend the production “In Her Corner” directed by Niloo Far-Kahn. A struggle between a woman, her family, and community violence and her new love for boxing!