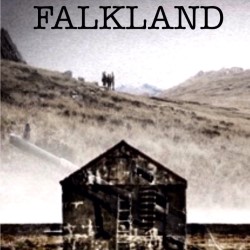 “My wife, partner, and playwright decided we didn’t have enough to do so we needed to fix the nation. Well, at least the state of Maryland anyway. So in January she decided to run for House of Delegates and I became her treasurer.”

WHAT: “On a hovercraft, no one can hear you bark… Fringe legend and Olivier Award winner Guy Masterson’s uproarious tales of woe, a dog and transcontinental wedlock. The dog came with a package… it could not be abandoned in Paris, and the next eight years tested everything: marriage, career and sanity. A tormented, often hysterical life of poo, piss and pooches.”

Edinburgh is an old friend at this point, a wonderful place to return to and celebrate whenever we can. Sure, we’ve had our ups and downs but like any good relationship we kiss and make up, we walk, we get soaked in the rain, and then we make wonderful things happen. This will be my nineteenth Edinburgh Fringe and the fourth with Tasty Monster Productions – a crazy journey but one which I have learnt from, grown with, and been seduced by.

I first came to Edinburgh as a drama student over twenty years ago and since then have brought many productions to the city including in recent years SINGLEMARRIEDGIRL, Ferdinand, and this year, FALKLAND – The War The World Forgot. The Fringe is eclectic, ridiculous, challenging, and exhausting, but I can’t seem to stay away or resist the call of the fest.

As a company, this year we were lucky enough to take FALKLAND to Pittsburgh Fringe where we won the Selke Award for Best Show in the Fringe and that was amazing. Though awards aren’t the reason we do what we do this one was especially meaningful because I was able to work with the inspiring woman who the award was dedicated to and we are very honored that our show was recognized in her name.

For me personally, something quite big and unexpected has been working on a political campaign because my wife, partner, and playwright decided we didn’t have enough to do so we needed to fix the nation. Well, at least the state of Maryland anyway. So in January she decided to run for House of Delegates and I became her treasurer. Her treasurer and treasure, she calls me.

Tasty Monster Productions came about, as many things do, in a bit of a whirlwind in 2011. After meeting while working on a show, Heather Bagnall, my now wonderful wife and partner, and I knew we wanted to produce new writing of our own and challenging productions which change how people perceive and think about storytelling. Over the last few years we have created and produced five original plays including FALKLAND which was inspired by the uplifting and moving stories of the people of the Falklands and their experiences of the Falklands War in 1982.

Originally premiered in Orlando, Florida, the show honors and commemorates the people whose lives were forever changed by the ten and half week conflict in which almost a thousand people died. This is not a history play – rather a play about people, politics, and power. It’s an eerily timely reminder of the damage that can be done when politicians are careless with their influence. It’s impossible to view it in a vacuum so it has become somewhat of a cautionary tale for for what is happening in our world right now.

As a person with family and friends in many nations of the world, including Britain and the United States, it is hard to not draw parallels and be wary of the road our leaders are taking us down. After Edinburgh, FALKLAND is traveling to Scranton Fringe in Pennsylvania and Charm City Fringe in Baltimore, Maryland and we hope to tour it all over the United States ahead of the midterm elections.

I will confess that for me the Fringe is a bit of a family reunion and one of the things that is so exciting is seeing so many friends and collaborators bringing their best work to the largest arts festival in the world. I’m especially looking forward to Gavin Robertson’s poetry-meets-standup one-man show GREG BYRON: WORDSHOW as well as Nicholas Collett’s unique look at Shakespeare, YOUR BARD, and as a huge fan of mystery and thrillers, I can’t wait for Guy Masterson’s THE MARILYN CONSPIRACY – a new look at the death of the iconic actress. Having seen and been wowed by Box Tale Soup at Brighton Fringe this May

I’m also eagerly anticipating their new adaptation of Henry James’ TURN OF THE SCREW and no Fringe is ever really complete without the horrific and hysteric poetical rantings of Dandy Darkly who brings his newest foray into the macabre, DANDY DARKLY’S ALL ABOARD!, to the Underbelly at Bristo Square. And if you’re looking for something wacky, fun, and totally unique, you should not miss Peter Michael Marino’s SHOW UP – a show entirely about you which even has a kid-friendly version at noon every day. I never cease to be astounded at Peter’s slightly maniacal energy and supreme showmanship.