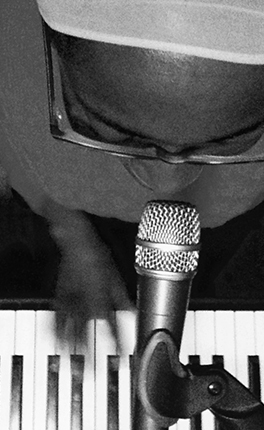 “Be prepared for audience interaction, jazzy improvisations, exquisite harmonies & melodies that you can’t resist swaying along too.”

WHAT: “Tremaine will be performing a soulful acoustic set on the Garden Stage, accompanied by her backing vocalists. The set will include a mix of original songs from her album & stylish renditions of some classic. A performance & experience not to be missed.

Tremaine has a voice that will stop you in your tracks. She is also an exceptional songwriter. Her style is a unique brand of Soul/Gospel -encouraging, heartfelt lyrics laid over beautiful jazzy chords, wrapped in a soulful groove. Her impressive vocal range, improvisations & intricate harmonies, make Tremaine an exhilarating live performer.

In 2019, I gave a heart-warming vocal & piano performance on the Garden Stage & I’m back again this year. This time I’ve brought some backing vocalists with me, to really add a new dynamic. I’m also doing two shows this year. So plenty of opportunity to enjoy some acoustic Soul music in the open air.

Since my first performance, I’ve been recording my second album which is due for release early next year. I’ve also been focusing on developing my style – mixing my influences of Motown, Soul, traditional Gospel & modern Jazz to create something new.

My show is an exhilarating live acoustic performance of Soul/Gospel music. I perform both original songs from my debut album ‘But for the Grace of God’ & re-workings of some well-known classics. It’s me, my piano & backing vocalists on stage – outside in the sunshine singing encouraging, heartfelt lyrics laid over beautiful jazzy chords, wrapped in a soulful groove. Be prepared for audience interaction, jazzy improvisations, exquisite harmonies & melodies that you can’t resist swaying along too.

Be sure to check out The Goldentones after you’ve seen my show. They are also performing on The Garden Stage, after me on Sat 24th July at 7.30pm. They are a great group of singers performing operatic to Pop covers. A performance to definitely check out.