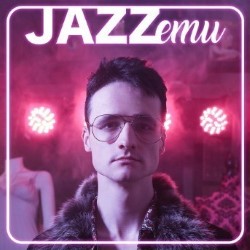 WHAT: “After two years of making musical stings on his computer, mostly in his underwear at 3am, Archie’s facing an artistic crisis. It’s time to break the cycle. The debut hour from this multi award-winning comedian is the multimedia musical experience you didn’t know you needed. Winner: IYAF Best of Brighton Fringe Comedy, 2018. ‘Radiated a delightfully daft energy’ (Chortle.co.uk). ‘Immense talent and fantastic energy’ (Edinburgh Festivals Magazine).”

This’ll be my eighth show at Edinburgh, although it’s also my first solo show. I performed in a bunch of sketch shows for the first few years, but the most recent one made me realise that I wasn’t burdening myself with enough pressure, stress or self-loathing, and so I decided to embark on the solo road. I’m delighted to say it’s been incredibly efficient in totally crippling me in every respect! I did a work-in-progress of this show last year in the Globe Bar with PBH Free Fringe.

The Globe Bar is a classic Edinburgh are-the-walls-leaking venue, and Saturdays were always completely rammed, half with people coming to see me, and half with people coming to watch the football outside. There was only a curtain between my room and the screaming people, but I quickly realised that if I turned the speaker at the back to full volume I could create a wall of sound behind the audience, and all for the very low price of all the eardrums of members of the back row!

I made a comedy video with a friend that went viral on the worldwide net, which was fun. I’m also 87% sure I saw a rat hi-fiving a pigeon in Leicester Square last week.

It’s a comedy show about music, with a healthy dose of multimedia magic in the form of music videos (assisted by my very skilled and actually professionally employed film-making friend Hunter Allen) and almost a hundred sound cues that I have laboured over a disproportionate amount considering their artistic merit. The show ostensibly explores my obsession with music from a variety of different angles, but is, more importantly, an excuse for me to make a variety of bird noises. I’ve been working on the show for a while, and I won an award for it at the Brighton Fringe last year (IYAF Best of Brighton Fringe Comedy). Since then I’ve tried to take it to every comedy festival under the sun and I’m quite chuffed with how it’s shaping up.

My favourite stand-up act at the moment is Heidi Regan. She writes the most compellingly funny stuff straight from the bizarro world and I am perpetually fascinated by how her brain works.
Phil Wang’s last show was my favourite at fringe 2017, and I’m highly excited for his new one. He is amazingly watchable and his joke-writing is enviably good.
In terms of sketchy stuff, Police Cops’ shows are always high-energy narrative masterpieces with loads of really good jokes. Max and Ivan do this incredibly well too, and their stories compromise one of the few sketch shows that can stir emotion in my cold, dead heart.
If you want to see some musical comedy that is actually clever and not just screaming, you should go and see Harriet Braine. Her act is impressively deft and always really funny. Also she’s on at my venue so you can double up on musical comedy, which – just admit it – is all you’ve ever wanted.
Also, for a great newcomer go and see Janine Harouni. She is very funny and skilled at stand-up and you will be chuffed that you saw her first.