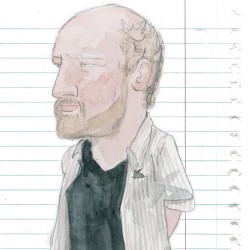 “…in all of my silly lawsuit preparation, I have learned a lot about writing.”

WHAT: “First kisses, weird hairs, the cool group: navigating adolescence was a challenge for everyone. These painfully hilarious stories of growing up will make you feel thankful you never have to go back – and surprised to realise we all actually made it out OK. Hailed as a dynamic heartfelt storyteller this is Kevin James Doyle’s follow up to The 30 Year Old Virgin which was called brutally honest and wildly funny. Best Comedy, FRIGID Festival NYC.”

I was at Fringe in 2017 with my first solo hour called The 30 Year Old Virgin. I had been wanting to come to Fringe for years because the thought of putting together a longer set with an arch and theme was always very intriguing to me. And all the chaos and creativity of the festival was definitely addictive. I am just glad to be back with a little experience and know that it was in fact true that you need rest or else you will get sick by week 2. What is exciting is in my last show I was sharing a wild story only I had, this show is about the embarrassing aspects of growing up that everyone has experienced, so I look forward to humiliating myself in hopes that after the show people will share all their humiliating stories from growing up because we all have them. I masturbated to the thought of my cousin for all of sixth grade and I am so thankful to finally get that information out of my head and into the world.

I mean, well if you want the truth, I am involved in a lawsuit with my Landlord for not fixing the door of my building and I was robbed. So I am suing her to try to get reimbursed for my bike that was stolen. And I will tell you this… I have done more preparation for this lawsuit than I ever have for material on stage. I better get a five f**king star review AND a judgement in my favour. It is actually funny because comedy and stand up is a lot about making your arguments and stories clear and concise and in all of my silly lawsuit preparation I have learned a lot about writing. So there’s the silver lining of my means of transportation being stolen due to my Landlord’s negligence!

I started developing material about my adolescent years after I found a journal that I kept from a theatre camp I went to when I was 15 years old. I am so earnest and pretentious. I write about how I need to figure out if I am gay or not and I commit to being “not just an actor but an artist who paints on this pallet we call the stage.” It was so embarrassing to read I had to do it in front of audiences, who cringed and laughed along with me. I first premiered it earlier this year at the Frigid Festival in New York City and it won Best Solo Comedy. One entry says ‘I want to be great at everything, acting, directing, writing, sets, costumes. I think with hard work I will leave this camp with the knowledge to do just that.’ It’s funny to read that now and see that I am making fun of the younger me that wrote that but I am doing all those things at the biggest festival in the world. It’s funny but kind of sweet.

There seem to be more and more New York comedians coming over to the Fringe which is great and Emmy Blotnick is as good as they get. She is a great, great joke writer and just whips up laughter out of thin air with her presence. Go see her.