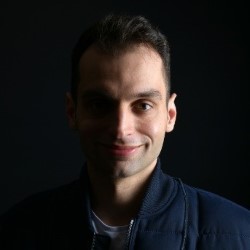 “I think the job of comedians is to challenge the mainstream narrative, not reinforce it.”

WHAT: “Konstantin Kisin, who made international headlines by refusing to sign a safe space contract for a university gig, offers an intelligent, uncompromising look at free speech and “wokeness” in his debut show. Full of strong gags, tales of rags-to-riches, back-to-rags (as the son of a former oligarch) and razor-sharp observations about the world, Kisin’s comedy walks the line between offence and humour as he tears into the sacred myths of modern society. Directed by Jonathan Pie with co-writer Andrew Doyle, the show is guaranteed to entertain and ruffle feathers in equal measure.”

It’s my debut hour but I’ve been a couple of times before to do shorter shows and I lived in Edinburgh for many years.

I made international headlines when I refused to sign a “behavioural agreement form” for a gig at a London university.

The show is called Orwell That Ends Well and it’s about the eroding freedom of expression in the UK. I think the job of comedians is to challenge the mainstream narrative, not reinforce it so it’s a show that will make you laugh, think and sometimes it might even piss you off.

Chris McGlade – you’ve never seen a comedian like him.