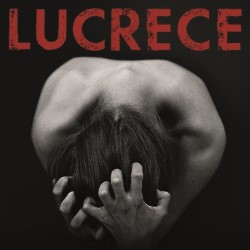 “My first visit to the fringe was as a drama student in 1981. I remember seeing Steven Berkoff and Linda Marlowe in “Decadence”, as well as an excellent production of “Marat-Sade”. I was 22 and it felt like the centre of the theatrical universe.”

WHAT: “Lucrece is raped by Tarquin, the King’s son. She chooses to tell her story and demand justice and revenge rather than remain silent. Her courage leads to the overthrow of the monarchy and the founding of the Roman republic. Following a critically acclaimed co-production with the National Centre for the Performing Arts Mumbai, The Shakespeare Edit brings its thrilling adaptation of Shakespeare’s epic poem to the Edinburgh Festival Fringe. ‘A hard-hitting tale of courage we all need to see’ (in.BookMyShow.com). ‘I sat stunned and somehow hopeful’ (Mumbai Mirror). ‘A triumph’ (Mumbai Notebook).”

My first visit to the fringe was as a drama student in 1981. I remember seeing Steven Berkoff and Linda Marlowe in “Decadence”, as well as an excellent production of “Marat-Sade”. I was 22 and it felt like the centre of the theatrical universe.

I returned many years later in 2004 (as actor and artistic associate of Lifeblood theatre company), with a production of Glyn Maxwell’s verse drama “The Lifeblood” at Metro Gilded Balloon Caves, followed by a run in London at Wiltons Music Hall. The production was revived at the at Pleasance Courtyard. in the following year as part of the British Council Showcase.

In 2018 I came as a punter and had a great time seeing shows and family (my step-son lives in the city). This is my first visit as a producer, bringing something that I have adapted and directed.

On a personal level I reached the age of 60 this year!! Professionally – I directed a production of Lucrece in India, as part of the inaugural theatre season at The National Centre For The Performing Arts, Mumbai. I also directed Shakespeare scenes at the Accademmia Nico Pepe – a drama school in Udine, Italy.

Lucrece is Shakespeare’s original title for his epic poem known today as “The Rape of Lucrece”. It is a mythic story that first appears in literature 2,500 years ago. What makes Shakespeare’s version unique is that two thirds of the narrative is post-rape, with the focus on the psychological journey of the survivor. The language is beautiful, what happens to Lucrece is not, this contradiction makes it both thrilling and disturbing. Lucrece is produced by The Shakespeare Edit – an emerging theatre company whose primary purpose is to create urgent, engaging Shakespeare with a global vision. The company started work on Lucrece in November 2016.

A year later came the Weinstein exposé, and the #MeToo movement. That the issues Lucrece deals with; patriarchy, the abuse of power, sexual assault are so relevant today, is testimony to the timelessness of Shakespeare’s work. Lucrece was originally produced to critical acclaim in Mumbai – a co-production with the National Centre For The Performing Arts. The company are looking to tour the production nationally and Internationally after Edinburgh.

The things that I am looking forward to seeing are: “Oedipus”, International Theater, Amsterdam – King’s Theatre. Cut The Cord Theatre, both “I Run” and “Endless Second” at Pleasance. “Ubu the King” Misanthrope Theatre (Ukraine) at C Venues. “Subject Mater” at Paradise Green. “The Good Scout” The Space @ Surgeon’s Hall.