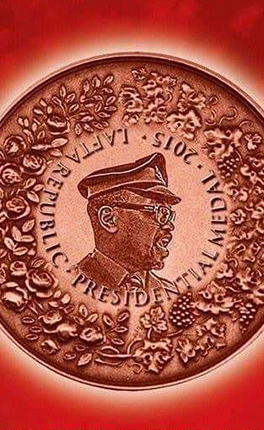 “A great festival happens because of the way it is curated.”

WHO: President Obonjo: Writer and Producer

WHAT: “Lafta Republic becomes the first fictional country to experience a coup by the west. It is a story about an African dictator who fights back seeking justice and equality supported by the justice for Obonjo army.”

Yes, but I am experienced producer I have produced shows at Edinburgh Fringe, Brighton Fringe , Leicester Comedy Festival and Hastings Fringe well over 10 years experience. Bedfringe is a local fringe which means it caters for the needs of comedy lovers who live outside London saving costs of travel in London. No need to travel into London to enjoy comedy. I believe audiences would also be able to see non TV comedy acts and local acts showcasing their talent.

A great festival happens because of the way it is curated, the level of comedians attracted to do the festival, the line up of comedians, the promotion, organisation and the publicity for the festival. The energy, the ambiance, and the buzz all make a good festival.

Looking for other avenues for creative outlets and focusing on content to promote what I do.

They should see civilian comedians performing at the Fringe they are all good to have been accepted at the Fringe. I think Fringe audience members will be spoilt for choice, its difficult to recommend one particular comedian and after a year of not performing all shows will provide audiences.