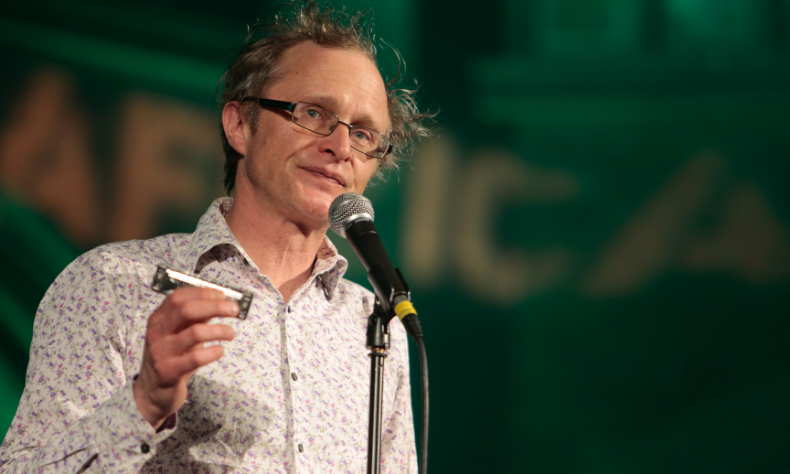 “Simon has a definite comical genius way of telling his stories.”

Simon’s show at The Bedford Fringe was based on the turmoil of his life. For reasons that soon become clear, one of these stories, from his youth, was never going to be told until now, some twenty years later.

It all started on the last night of the Edinburgh Fringe. Simon had been tasked by his friend and fellow comic, Arthur Smith, to heckle him under the guise of being a German Tourist. Unfortunately, Simon got caught up a the situation which led to his arrest for assaulting a Police officer – although at the following court case he was found not guilty. Simon has a definite comical genius way of telling his stories. They were each cleverly portrayed to the audience giving us much laughter.

Another story followed on how a parking ticket machine in Leeds didn’t accept his money resulting in no payment being made and returning to his car to find a ticket had been issued. The years of refusing to pay the rising fine resulted in another court case. SPOILER ALERT: Another case he won. Simon also got mugged some three times up and these were further stories told in Simon’s own proficient way.

Simon certainly has a way with portraying his own true life stories and they was good to hear. The attention to detail made each an interesting listen. As an audience, you do laugh along the way. What this show lacks though is continuity. The flow between stories didn’t seem to work .There was parts of the show to which the audience didn’t seem to react. The format needs tiding up, but that’s why it’s a work in progress. We all have off days, and this seemed to be one for Simon.

I would give this show a rating of 3 out of 5 as seen. It was definitely Nae Bad. Being a Bedfringe event the ticket price was acceptable. It would be good to revisit this show once it’s been polished off.

This review was authored by Graeme Scott.