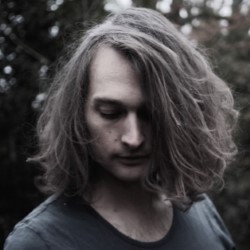 “This deserves to be global.”

WHAT: “CROW is the genre-defying new stage show and new album by vocalist Bird Radio – ‘folk-horror of the darkest hue’ (fRootsMag.com) – based on poetry from Ted Hughes’ 1970 masterpiece on grief, Crow: From The Life And Songs Of The Crow. It is a unique collaboration with a band featuring sonic duo Pig7 that works with live processing, found sound and synthesis to create powerful atmospheres, providing an immersive and otherworldly sonic terrain for Bird Radio to channel, through his voice, the spirit of the ultimate trickster, Crow. Poetry, songwriting and performance like you have never seen or heard.”

This will be my tenth consecutive Fringe Festival….I have been (and continue to be) a PR, producer, director, strategy consultant, award initiator….I am bound to have forgotten something

I have been made one of the four UK co-director of the International Theatre Institute (ITI) the world’s largest performing arts organisation founded in 1948 by theatre and dance experts and UNESCO. I am terribly honoured and my candidature, befittingly, was mentioned to me during EdFringe 2017.

As it so often happens at the Fringe (as in life, but even more so at the Fringe) you really have to seize the moment: during a chance meeting last year in Nicolson Street with Mikey Kirkpatrick, who was collaborating with one of the shows I was doing PR for (Losing It!) and performing a solo show under his stage name of Bird Radio, he told me that he had just received the go ahead from Ted Hughes’ widow and his Estate to put to music the poems of the CROW cycle.
This was unprecedented in the 20 years since Ted Hughes’ death (whose anniversary, coincidentally, is this year) and it perked up my attention immediately: a great shot of adrenaline to wipe away the third week mental fog.

Mikey there and then asked me if I wanted to be involved in this project and I jumped at the chance.
The CD is now ready and it is wonderful: for a number of years I was a music journalist and this is marvellous music, full of nuances and layers of sonic, unexpected delights.

We had a very intimate secret gig in London and we did not expect how powerful and subterranean the music turned up to be live, it just acquired a life of its own.

The show will have had a world premiere at the renowned Port Eliot Festival at the end of July and a single, all out gig, Edinburgh Premiere live music event in St. John’s Church at the end of Princes Street the 25th August, part of Just Festival.

We have already offers for dates in Italy, London and Prague.

This deserves to be global.

This album and stage show is a unique collaboration between Mikey Kirkpatrick (Bird Radio) and duo Pig7 who work with live processing, found sound and synthesis to create powerful atmospheres, providing an immersive and otherworldly sonic terrain for Bird Radio to channel through his voice the spirit of the ultimate trickster, Crow.

We decided to go for just one, spectacular date at the Fringe to make it an event: maybe this goes against the grain of the accepted three weeks run, but I hope it will focus people’s attention: there is no “tomorrow’s performance”, one shot, one marvellous chance to catch this and say “I was there!”.

My heartfelt advice is go and see the best shows of many disparate genres: only then you will catch a real glimpse of the Edinburgh Fringe and why it is so important.

Go see an international company at the very top of their game, such as Familie Floez with their new show INFINITA (Peasance Grand), which will very likely be a sell out for the entire duration of the festival (so book in advance) but also go and see some intimate, personal and funny storytelling such as DUMMY (free Fringe- Bourbon Bar), by the American Anders Lee, who really managed to make lemonade out of his early age autistic diagnosis.

Delve into deliciously dark and firmly tongue-in-cheek musical cabaret with MAD WOMEN IN MY ATTIC and why not join a Jacobean tour of Edinburgh that turns into a play with THE CLOAK AND DAGGER SHOW (Sweet Venues)?