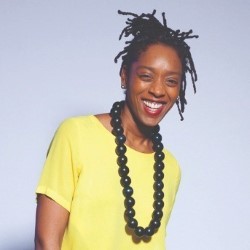 “I spent 18 months having a go at Trump and Brexit supporters but then I flooded my kitchen in the stupidest way and I thought to myself ‘I’m an idiot too.”

WHAT: “On a hovercraft, no one can hear you bark… Fringe legend and Olivier Award winner Guy Masterson’s uproarious tales of woe, a dog and transcontinental wedlock. The dog came with a package… it could not be abandoned in Paris, and the next eight years tested everything: marriage, career and sanity. A tormented, often hysterical life of poo, piss and pooches.”

No, I have been going to Edinburgh for years. I went for a few years as a new comedian and checked out all the venues and nice places to eat. Satisfied I knew where to get a good feed I could afford, last year I took up my debut hour and this year I am bringing up my second hour!

I recorded an episode of Museum of Curiosity last month. That was incredible, trying to keep my cool with Lee Mack to my left and John Lloyd to my right.

It’s called Follow the Leader. It’s called Follow the Leader because I think at this point in history in the western world at least, we have the worst leaders. We don’t even have good people to replace them with. But then maybe it’s a reflection of this point in history just having the worst people – so our leaders are the best of a bad bunch. I wrote the show because I spent 18 months having a go at Trump and Brexit supporters but then I flooded my kitchen in the stupidest way and I thought to myself ‘I’m an idiot too. Some people vote for despots. Others ruin their laminate. Swings and roundabouts’. I wrote it and I’m working with So Comedy and Broken Robot productions to bring it to Edinburgh. Afterwards, I’ll be giving birth but maybe I will perform it in 2019, if I can find a baby friendly green room.

They should check out Sindhu Vee, Eleanor Tiernan, Kemah Bob, Kwame Asante and someone else they have never heard of – it’s important to take a gamble when up in Edinburgh. I also saw some good plays last year so definitely venture away from stand up, otherwise you will run out of laughter.