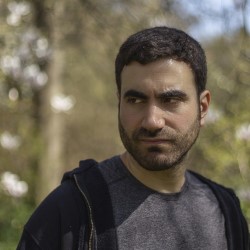 WHERE: Pleasance Courtyard – Beneath (Venue 33)

This is my 12th time coming to Edinburgh I think. I spent four years doing plays up here. Then started doing stand up. Did a new act show. Then three mixed bills. Then three solo shows. This is my fourth solo show. I’m tired even explaining that.

I went to a dinner party. Never again.

Something that isn’t comedy so they aren’t comparing the two. Maybe, a nice opera or some mime.