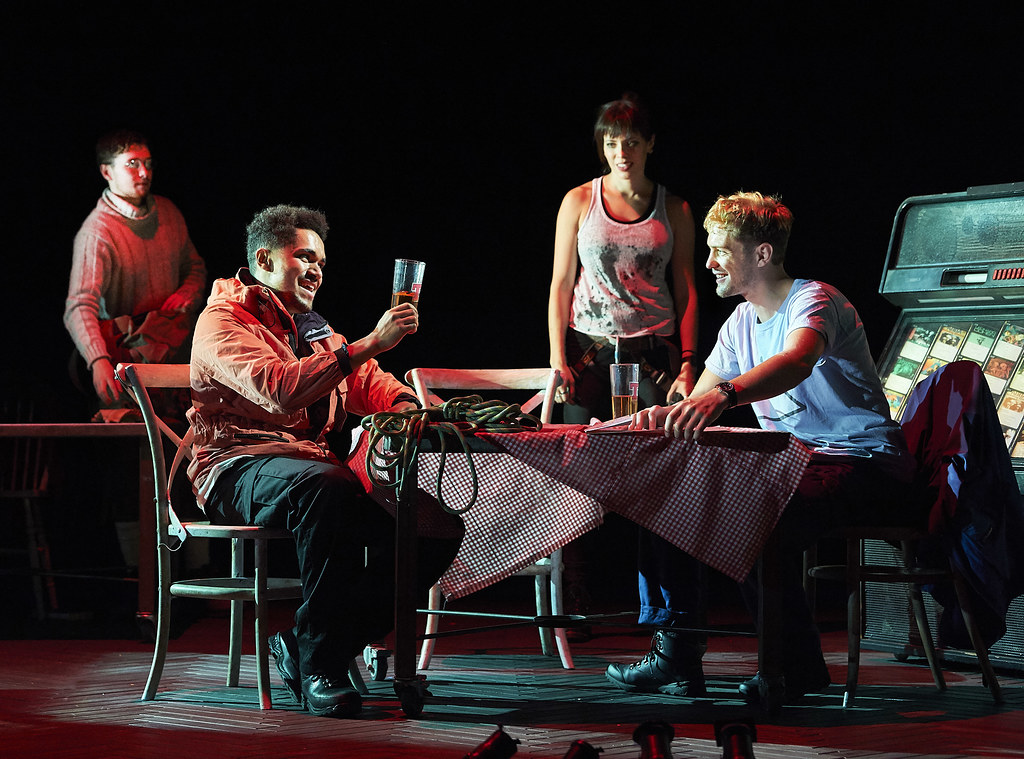 I’m what you’d call a “small-time climber”. I used to get drunk on Arthur’s Seat a lot, and am occasionally known to change lightbulbs and hang things using a cheeky ladder or two. But despite my solid credentials, I haven’t got the first inkling as to why someone might upgrade from ‘Ladder’ to ‘Pile of rocks .. and death’, and although Touching the Void certainly gave me an insight into those who do, I can’t say I left as a Gore-Tex convert.

Touching the Void, from director Tom Morris and based on the book by Joe Simpson, follows climbers Joe (Josh Williams)  and Simon (Edward Hayter), who face true calamity on their descent of the Siula Grande mountain in the Peruvian Andes. The plot is fairly complex from a “Who’s doing what, when?” perspective, but the most basic synopsis without spoilers is:  things don’t go amazingly well. What follows is an excruciating story of sweat and almost supernatural human will – and even if the details tell you how it ends, it’s still a hell of a ride.

What works in this show is incredibly clear from the get-go: it’s a spectacle. The Carroll-esque flock of chairs floating above a neon jukebox, the unnerving dark abyss created only by light and sheets, the climbable, rotating metal strut cliff face. As just something to watch, this show is an utter delight. Actors, obviously trained to the point of safety, almost seem a dynamic part of the scenery as they scrambled, hung and climbed over places I’d never even seen lit on a Lyceum stage before. Forget the plot – the performances told an unspoken story of sweat and suffering before the play even began.

The theme of spectacle returns once again if we concentrate on the acting. Each of the four characters had at least one moment where it was abundantly clear why they had been chosen for the role. Fiona Hampton (as Sarah, Joe’s sister)  even got some tears from my theatre partner that night, using nothing but an empty stage and a letter. My personal MVP goes to Josh Williams, however, if only for the sheer grit it must’ve taken to drag himself around the stage and still emote realistically for a solid forty minutes. All good news for the theatre-going public.

However, as this show quite emphatically demonstrates, for every climb there is a fall. And unfortunately, there were a few trenches that this production did not seem to have the will to climb out of. 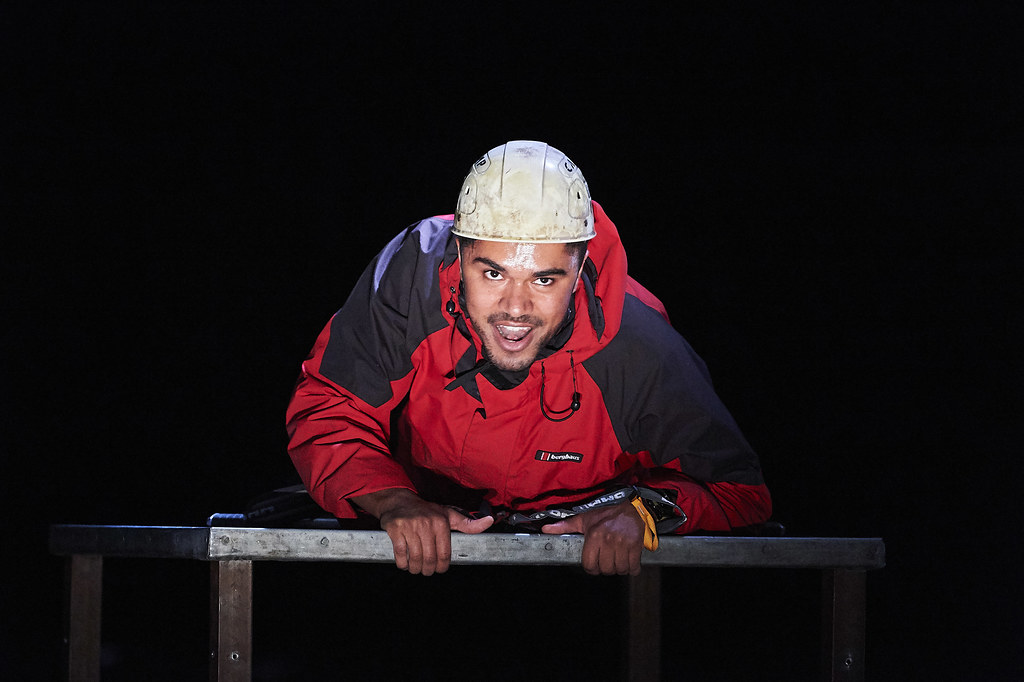 I wanted to like this show. I liked the ideas at play, I loved the staging – but I have never seen a show so willing to undercut its own potential excellence for seemingly no reason. The source material is jaw dropping and the actors are clearly talented, and the play is full of moments which if left to stand on their own, within their moment, are powerful. But for some reason it seems like it doesn’t have enough confidence that they will stand, and so things are extended, or repeated or just simply cluttered up and sabotaged by so many different elements that the simplicity and effectiveness of the particular is lost. This happens consistently: one of the most frustrating examples includes a tense and exciting scene of Joe and Simon battling a storm on a cliff face, which was then overlaid with Patrick McNamee’s soothing, folksy twang, quipping merrily around like he’d spent his time offstage pounding hash and Ordnance Maps.

Or, even worse, a legitimately good scene just simply goes on too long. A painful scene of a man dragging his broken body across a rock ridge is harrowing for ten minutes of sobbing and inching, but after twenty with little more than a weird song (we will get to those), it feels a lot more like filler than chiller.

But most frustrating of all were the dances and choral spoken word. In amongst what is clearly a physically capable and dedicated cast with choreographers who can achieve so much in other areas, it baffles me why numbers like an unexpected spoken word rap about Ice Axe technique could not only mismatch tonally but also feel as if they’d barely been choreographed at all. The use of repetition and spoken word material has the potential to be well done, but at best it breaks the play’s natural flow, and at worst is actually a little boring after the third chorus of “Because it’s [F -ing] there”.

More than anything else, this was a disappointing show. All the more so because those glittering moments of excellence weren’t just in my privileged reviewer dreams but are there on stage – for just a second. It feels as if this production could have been much more than it was, and didn’t trust the talent it had and the story it adapted. Looking at other reviews it seems I’m quite lonely here on my Portaledge. Maybe I just don’t get it, but knowing that less is definitely more for Alpine Climbers, I found myself longing for it to be the same of theatre adaptations as well.

Go to Touching the Void at the Lyceum

Visit Edinburgh49 at The Lyceum archive.