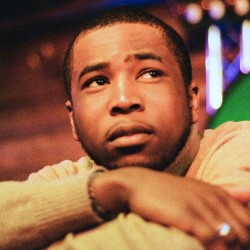 “My show is essentially about me taking to task my selfishness and feelings of apathy when it comes to social issues.”

WHAT: “Michael Odewale is selfish. And apathetic. And so are you. Join the fast-rising star as he tries to figure out what matters, and what’s just noise, in his highly anticipated debut show. A fresh new voice known for delivering sharp, slick and beautifully executed stand-up, Odewale is set to take the comedy world by storm. Winner Best New Show Leicester Comedy Festival 2019. As seen on Stand Up Central for Comedy Central. As heard on BBC Radio 4. BBC New Comedy Award finalist. Pleasance Comedy Reserve 2018. ‘Smooth, assured, more-ish’ **** (Scotsman).”

I’ve been to Edinburgh a few times before. My first time was in 2013 i think to take part in a so you think you’re funny heat. It was only my third gig and I went with my mum. I went last year as well as part of the Pleasance Reserve.

I won the Leicester Comedy Festival best new show award in February for this show i’m taking up now to Edinburgh. It was a real surprise. Writing a show especially you first one is filled with moments of self doubt and this was a nice confidence boost that I was on the right track.

My show is essentially about me taking to task my selfishness and feelings of apathy when it comes to social issues. I think there’s a lot of different movements and tragedies that pull at our attention and its easy to become indifferent to it all, i’m trying to tap into that and we’ll see if people resonate. I’m performing at the Bunker two in the Pleasance Courtyard at 5.30.