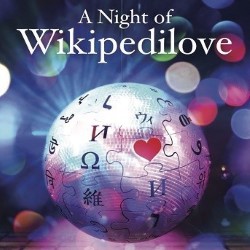 “I dont think any other show is using slides from academic articles about 19th-century illicit British sailor romances.”

WHAT: “This show is a unique musical comedy where one-person-band Noam Osband sings original music about sex and love based on Wikipedia, performing alongside a projector displaying videos, photos, academic studies, and of course, Wikipedia articles. David Attenborough meets Tim Minchin in this musical seminar about kinky whales, fascists, and other deeply romantic topics. Noam is an American multi-instrumentalist and comedian who also has a PhD in anthropology and was a one-time Jeopardy champion. He performed at last year’s Fringe where reviewers called his songs ‘really quite astonishing’ (CinemaFringes.com) and ‘laced with clever irony’ (Jewish Chronicle).”

This is my second time in Edinburgh. My first time was coming last year for the Fringe, and I immediately fell in love with the city….and not just cause cause I stayed next door to The Piemaker. I loved how pretty Edinburgh is, how walkable it is, and the energy of the Fringe was super exciting. I decided if I could, I would come back. So here I am!

The biggest thing is I’m now married, and my wife tells me sometimes when she pees. Of course, this is cause we’re trying to make a kid and track her ovulation cycle. And if you come to the show, you can hear me sing all about this cause if you can’t make a song about ovulation cycles, then you can’t do anything.

I wrote the show. It’s a natural mix of my two loves: nerdy trivia and musical comedy.

I’ve always been nerdy. I’ve got too many university degrees, and I’m a one time Jeopardy champ. A few years ago, I thought, “You know, Wikipedia has so many insane pages. Why not set them to song?” And thus Wikipedilove was born! Last year, I did a version of this show, and people enjoyed it. So, I am returning this year with a brand new hour, all new songs about weird topics you might not know about: kinky whales, squids with broken hearts, and history’s great vegetarians. It’s this weird mix of high brow and low brow. Both at times pretty dirty but also informative. I don’t think any other show is using slides from academic articles about 19th-century illicit British sailor romances.

I’ll be performing this show around the northeast USA this spring, but Edinburgh is my UK debut. After the festival, I’ll perform it some more around the USA, and if anyone offers, hopefully in the UK as well.

Van Gogh Find Yourself is this amazing, very unique show where you spend an hour with Van Gogh. He tells you about his life and the power of painting, while you join him in drawing portraits yourself with the pens and paper he supplies. It’s inspiring and original, and isn’t that what we all want in our Fringe art?