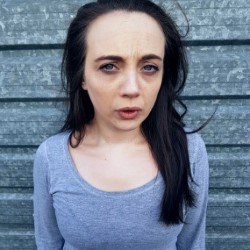 “It follows a ranty woman as she eviscerates all the things in the world that annoy her and she thinks are stupid.”

WHAT: “From the comfort of her flat, an excitable, precocious, irrepressible woman with a dirty mouth and a lot to say discusses life, her many opinions and her best friend, all the while avoiding the advances of her over-eager neighbour. At times both funny and moving, this one-woman show explores themes of confidence and insecurities, friendship and loss, and finding your way in the modern world. ‘Heath’s performance is electrifying’ (TheatreBath.co.uk).”

It’s my performing but not my first time working, I’ve been doing PR for other shows for the past 7 years so every August I pack up and move to Edinburgh! This will be my first time on the other side though, in a venue every day.

Since last year’s festival, the biggest thing to happen is the planning for this festival! We did the show Definitely Louise at Brighton Fringe in May and that went really well so we’re excited to bring it up to Edinburgh now but it’s been a lot of work this year to get us here.

The show is called Definitely Louise and is written by me Bethany Heath. It follows a ranty woman as she eviscerates all the things in the world that annoy her and she thinks are stupid. She goes after reality TV, ghosting, audition etiquette, everything she can think of. She also touches on mental health and other issues which affect young people and women. I’m performing it with actor Alexandra Ricou who I knew from performing previously with her in a play called Real Life which we did at the Rondo Theatre in Bath in 2017. When it came to do Definitely Louise I asked her to be involved and she said yes so we’ve spent the past year working on it together. We premiered it at Frome Arts Festival in Somerset last July and then did it at Brighton Fringe this May too.

There are so many! Rosie Holt is in a brilliant play about The Crown called The Crown Duals which I saw in London. In terms of comedy there’s the fantastic Glenn Moore and Adam Rowe and one of the funniest things you can see is Troy Hawke’s shows which are just mad and wonderful. I’m excited to see Dan Soder’s show too as he’s US-based so I haven’t seen him before.