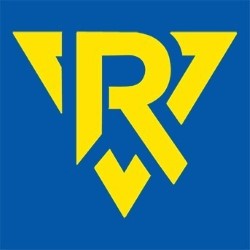 “The show is a ridiculous original musical written by Sean Wareing and Matt Smith, two students at the University of Exeter.”

WHAT: “This summer, a hero will brew. Everyone loves The Remarkables, the heroes who protect Towntropolis, especially Wesley Bench. In fact, everyone loves them a little too much. A musical comedy of epic proportions. Exeter University’s boldest musical theatre society, Shotgun Theatre, is the recipient of the 2014 Cameron Mackintosh Award for Best New Musical. Following their 4-star run of Godspell in 2017, they return with a brand new musical The Remarkables!.”

This isn’t the first time Shotgun Theatre has visited Edinburgh, no. We brought Stephen Schwartz’s ‘Godspell’ up in 2017 and received some great 4-star reviews! This is our first time visiting with a totally Original Musical, and we are really excited to share the high-quality work that comes out of University of Exeter with festival-goers.

After a year’s break from the festival, we knew that we needed to return! This is our third Original Musical, and we felt it was perfect to bring to the Edinburgh Fringe Festival and share. The break from the festival really made us miss the energy and enthusiasm for sharing great work, and we are so pleased to be back again.

This year, we have produced three brilliant productions alongside developing this Original Musical. We’ve performed Urinetown, Bonnie & Clyde, and even a production of Spring Awakening that we especially enjoyed. For Spring Awakening, we partnered up with YoungMinds to raise awareness of Mental Health and were able to raise £250 for the charity from our ticket sales.

Personally, I have just finished my final year of University and happy to be graduating with a First-Class degree! I’ve been building some experience in producing, and really looking forward to meeting some like-minded people up at the Festival!

The Remarkables follows Wesley Bench, a resident of Towntropolis who idolises the local superheroes: The Remarkables. The show is a ridiculous original musical written by Sean Wareing and Matt Smith, two students at the University of Exeter. We promise some daring fights and some hypnotising Yo-Yos, and can’t promise you won’t leave without wanting some Remarkables Merchandise! Our performance at Greenside @ Nicholson Square follows two preview shows in Exeter. At these previews, we have received 4-star reviews, with the show called ‘a thoroughly enjoyable and strikingly professional student-written musical.

Shotgun Theatre is a musical theatre society at the University of Exeter, built upon inclusivity and giving people opportunities to showcase their work.

We highly recommend University of Exeter Alumni’s 2 Mouthed Men, a brilliant sketch show that brings beatboxing and sketch comedy together. We love them, and you will too!

And if you are sticking around for the final week of the festival, we would also recommend catching Spotlights Show Choir’s ‘A Night at the Musicals’ at the same venue as us.