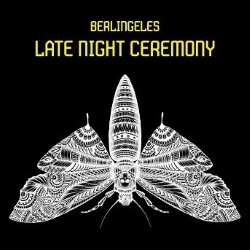 “Tinder over there is like a casting book with professionally taken photographs and long, fantastical self-descriptions. I guess the dating circuit is a little legacy piece of Hollywood.”

WHO: Polly Trope: Concepter and Performer

WHAT: “Arising out of Berlin and Hollywood open stages, this group showcase raises a fist with one hand and holds a glass with the other against the fact that the world we live in is a complete disaster. Borders close in, rents rise, intimacy dissolves. One person’s normal is another person’s crazy. Who gets to tell their story and who must remain silent? Embodied performance, experimental music, storytelling and a secret midnight ritual.”

Yes, first time. I have wanted to get here for years. One of my closest friends from way back when I used to live in London is Bob who runs the Heroes venues. It’s the best crew, they don’t program the standard stuff. They program everything that’s a little bit unusual, cutting-edge, inventive, weird and wonderful, disturbing and special. The sort of genre-bending hybrid stuff that’s incredibly hard to sell to bookers and venues and yet is a well of magic. That’s what I always want to see, as a performer, that’s where I get my inspiration.

For my winter vacation, I went to Los Angeles I wanted winter sun, beaches, dying palm trees, and bleach blondes falling over dripping cocktails. And to walk up and down Hollywood Boulevard and into WeHo and to walk in the circles of my literary heroes, Tony O’Neill, Gerry Stahl and people like that. So as I was idly day-drinking and star-spotting, I went on Tinder.

Tinder over there is like a casting book with professionally taken photographs and long, fantastical self-descriptions. I guess the dating circuit is a little legacy piece of Hollywood.

I quickly realized that I would have to adapt my profile because in Berlin people just write one or two laconic sentences, such as “no tourists” — so I went and wrote a whole big story about myself. I didn’t have any good pictures to put, though. Which was probably for the best, so people had to read me.

I met this guy on Hollywood Boulevard and we decided to get spicy food. I thought I’d get a nice inside scoop from a local but instead, I got the relationship of a lifetime.

I went back to LA with one of my Berlin performance arts friends who inspires me the most. They were doing a US tour and I was kind of the support act, reading a story or two. And you should have seen us in Hollywood, we ended up in a space at a midnight show in a strip mall where they were showcasing improv comedy; and I thought oh my god people are going to laugh at us and be like WTF. But they loved us. It was quite incredible. We couldn’t have been more “the odd ones out” but somehow… we found a common thread, a common little piece of a big networked jigsaw of the world of trying to do art while you live and travel with your art and see what happens abroad–very adventurous.

That’s why I put together our showcase now, after a year, the collective is called BERLNGELES…

It’s a late-night show. It’s performance art, tribal music, all our own new writing. Four performers come together to take on the idea of a late-night ritual. What do people do late at night, ritually?

We have a 14-year-old zombie child actor from Hollywood; a sex work memoir author from Berlin; one musical writer from Hollywood who will perform on the looper; and a Berlin-based transgender performance poet, who puts the noise back in opera.

The Berlingeles four each have their own body of work and harrowing back story; the appearance in Edinburgh is a one-off Rubick’s cube of late-night sexual healing, gender magic, and emotional release.

I’m really looking forward to Andrea Spisto’s “Butch Princesa”. It’s billed as a comedic exploration of Latinx queer identity and I know it will use Venezuelan dance and beats to underpin a much bigger, deeper inquiry and romp through experiences of queerness and migration, gender expectations and critical theory, a mix of playfulness and deep perspective. I love these things that don’t seem to fit into any exact mould because you know then, that is something new in the making.

Also Michelle Madsen’s show “Bait: Kill the Princess” is a treat I am mega looking forward to. It mixes clowning with spoken word, and counter-intuitive treatments of expectation and belief playing with themes of fairy tale and embodied performance. I can’t wait to see this because it promises the mixed forms and mash-up feel that I really love and I also know Michelle is a very accomplished performer and writer. And lately, I am discovering the wealth and breadth of subversive and wildly interesting things that actually hide behind the label “clowning”. A lot more than meets the eye and audiences should take note.