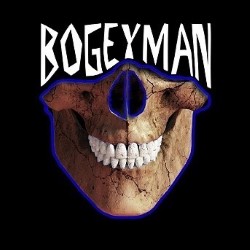 “I went to university in Edinburgh and chose the city specifically to be around for the festival.”

WHO: Emily Aboud: Writer and Director.

WHAT: “‘Our modern life was built on the backs of the oppressed – if they were to demand repayment, would you be afraid?’ In 1791, a voodoo ceremony begins the Haitian Revolution to end enslavement on the island. In the present, a man is haunted by ghosts in his city. From the creators of the highly acclaimed Splintered (***** (Guardian)) BOGEYMAN is a ghost story that playfully combines music, movement and history in the ultimate underdog story of resistance against the oppressor. Powerful, moving and ultimately uplifting, BOGEYMAN is a thrilling, genre-defying tale of hope, rebellion and connection.”

This is my 4th fringe festival in fact! I went to university in Edinburgh and chose the city specifically to be around for the festival. Coming back is always wonderful because I adore the city, it’s like a second home and there’s so so so much theatre and people to see!

The importance of rest and exercise. In lockdown I was actually sleeping the required amount, going for walks everyday or a run – time outdoors is so essential! I think also, as an employer with my theatre company, making sure that our collaborators are respected and paid properly for their time and work. I love ending rehearsals early if people are tired, rest is essential!

BOGEYMAN is a play we’ve been making for nearly two years. Grace (the producer) and I actually met in university and I asked her to produce a production I wanted to direct and here we are, 6 years later. The company, Lagahoo Productions, was formed because, as a Caribbean woman, I was really disheartened at the complete lack of Caribbean new writing in the theatre scene. We’ve been so lucky to be supported by so many venues for this fringe run, including Camden People’s Theatre (who first commissioned it!), the Gate Theatre, the Pleasance Theatre and the Streatham Space Project.

You’ve got to see every show at Paines Plough roundabout, they know how to program! I’m really excited for SAP and Caste-ing. Also, I’m looking forward to seeing Move Fast and Break Things at Summerhall, and Ghosts of the Near Future. Exodus at the Traverse is also something I’m buzzing for!