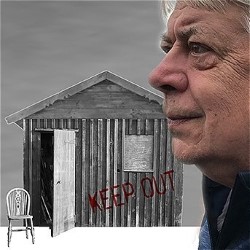 “Described as the “quintessential fringe show.” Edinburgh is the biggest arts festival in the world and the best. The variety of acts and talent is staggering.”

WHAT: “Can a man find his purpose when he grows older and all the major life events come thick and fast? Should he retire to the solitude of The Shed and escape from the world, or get out and try something new? When familiar rules no longer apply, is it too late to change the habits of a lifetime? Inspired by the work of the Scottish Men’s Sheds Association, Man Shed is a one-man theatre piece by Right Lines Productions which explores the joy of sheds, the pain of loss and the comfort of friendship.”

We visited the Fringe in 2008 with the interactive comedy ceilidh show The Accidental Death of an Accordionist. Described as the “quintessential fringe show.” Edinburgh is the biggest arts festival in the world and the best. The variety of acts and talent is staggering. I’ve been coming for 40 years and never fail to find some gem of a show. The pressure is on as a producer with all the competition!

Don’t despair! Live theatre was simply not possible for a long time due to the pandemic, so we concentrated on working up ideas for new shows. It was great to have some clear time to write, as opposed to spending time on admin for upcoming tours!

Man Shed was written by Euan Martin and directed by Dave Smith. Dave and Euan run Right Lines Productions, the company producing the show. Right Lines has been writing, producing and touring original theatre productions for 20 years. The first show under the Right Lines banner was Who Bares Wins, a comedy inspired by the exploits of the Naked Rambler. It starred Ron Emslie who also stars in Man Shed.

Man Shed was due to tour in May 2020, but the pandemic intervened. This is the world premiere outing of the show. We aim to get the show back up and running for a spring tour in Scotland/UK in 2023.