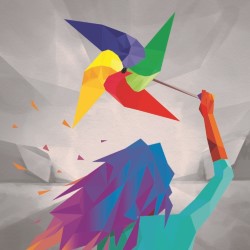 “For the month of August, Edinburgh becomes the worlds creative epicentre, and if you work in the arts I don’t know why you would be anywhere else.”

WHAT: “So you want to change the world? Really? You? You Instagram checking, avo-smashing, coconut-flat-white sipping loser? Yeah, the world sucks sometimes – OK, a lot. But you can’t do anything about it. Can you? This show says yes, yes you can. Maybe. If you ever feel frustrated about the way things are but don’t know what to do about it, this is the show for you. A devised piece about power and the possibility of change, directed by double Fringe First winner Caitlin Skinner and co-created by The Network Ensemble.”

WHERE: Pleasance Courtyard – Pleasance Above (Venue 33)

This will be my 13th year at the Edinburgh Fringe. My first experience of the Fringe was to bring my own show back in 2005. I wrote and directed a partially devised comedy that intended to condense 3000 years of theatre history into one hour. I was a recent Theatre Studies graduate and was convinced, in all my youthful naivete, that this was a highly original idea. Being one show in a programme of thousands taught me very quickly that it definitely wasn’t. Since then I have attended the festival every year in some capacity; performer, writer, director, producer, Festival Fringe Society employee and audience member. To me, it’s the most important date in the cultural calendar. For the month of August, Edinburgh becomes the worlds creative epicentre, and if you work in the arts I don’t know why you would be anywhere else. This year I am wearing my producer hat and am working with the Scottish Drama Training Network to produce our production of Propeller, and I am also the Associate Producer with Edinburgh based production house Civil Disobedience, and we will be presenting a diverse roster of around nine shows at this years Festival.

So many amazing things in my life and career have happened to me as a direct result of being involved in the Festival. It’s hard to pick just one. I’ve been able to work abroad, make some intense friendships, some of which have ended up also being creative collaborators. The Fringe has given me the opportunity to do what I love for a living. I suppose one of the most life-changing results was in 2013. That year, whilst working at the Festival, I decided I wanted to re-train as an actor. I met and subsequently auditioned for the Head of Admissions for the New York Conservatory for Dramatic Arts while he was in Edinburgh as a talent scout. That meeting and audition resulted in an acceptance on a scholarship to their programme for actors and I ended up moving there for a couple of years to be the ultimate living cliché; a struggling actor in New York City. Unique and once in a life time opportunities like that happen all the time at the Fringe. It’s like no where else in terms of what’s possible.

The Network is a graduate production ensemble made up Acting, Performance and Technical Theatre graduates from Scotland’s Colleges and Higher Education Institutions. The Network Ensemble is about giving them that first professional opportunity as they make the transition from training to industry. As the show is being created by the cast, the 2018 Fringe will be the premier of the work. I believe the show is going to tap into a collective feeling of unchanneled frustration with the current political climate that the majority of people are feeling right now. We hope that it will serve as a fun yet practical guide to what we can all do as individuals on a grassroots level to effect change. Given the current landscape in America, particularly with regards to how young people are mobilising and engaging in politics, it would be incredible to take the show over there. Perhaps to college campuses and regions of America that are removed from the diverse urban hubs, where we could engage with local schools and community groups.

I think it’s good to challenge yourself when you are in Edinburgh. To go see something that puts you outside your comfort zone. It’s the kind of environment where anything goes so you are likely to see work that you aren’t going to find anywhere else in the world. You should take risks. Find out what everyone is talking about, because if there is a hot ticket, it’s likely to be a show that people continue talking about for years to come. You should seek those experiences out. If you normally only ever see stand-up, then go see some mental, immersive, site-specific theatre. You never know, it might just change your perspective and introduce you to something you never knew you loved. My personal recommendations for this year are One Life Stand, All We Ever Wanted Was Everything, Bugle Boys, Jet of Blood, What Girls Are Made Of, Fringe Wives Club: Glittery Clittery, Hans: Like a German, Closed Doors, Handfast and Ulster American.