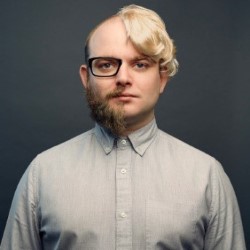 “I have been to the festival every year since 2011, apart from last year when I decided to have a year off to avoid a full-scale mental breakdown.”

WHO: Will Duggan: Writer / performer

WHAT: “During an odd and turbulent time in recent history Will found himself questioning every poor decision he has ever made (namely everything he has ever said or done). He decided to talk this through with his four oldest friends and try to figure out what happened to the icon that he was destined to be, but ultimately failed in becoming. No problem thus far, however Will and his best friends haven’t spoken for 25 years. And also they are entirely fictional. Enjoy. **** (EdFestMag.com). **** (Skinny). ‘A must see for comedy aficionados’ (EdFestMag.com).”

I have been to the festival every year since 2011, apart from last year when I decided to have a year off to avoid a full-scale mental breakdown. It was lovely. I went on holiday and enjoyed the summer with my friends. I cannot recommend it enough. Seriously, not going to the festival is amazing. Obviously, it’s nice to be back and that.

I have moved house. My new house is very nice, although the bathroom suite is avocado. I told my dad that I didn’t like it and he said that it was ‘very of its time’. I think that’s a silly response. But the shower has great water pressure.

My show is about whether the child version of me would be happy with the adult version of me. Its written by me. It stars me. I chose the walk-on music. After the festival, I imagine it’ll do a world tour of arenas.

I recommend that audiences go and see things that appeal to them. If they read the blurb for a show and think ‘no, I wouldn’t enjoy that’ I’d recommend they don’t buy tickets. If you want actual recommendations I thoroughly recommend Tarot, Rachel Fairburn, George Fouracres. Thank you.