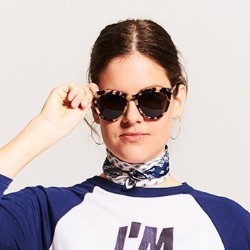 “Five years ago I didn’t even know this festival existed, and now I can say I wrote two shows worth of jokes. I’m pretty proud of that.”

WHAT: “This brand-spanking-new hour by the 2018 Chortle Best Newcomer nominee finally answers the question no one is dying to have answered: ‘where is she from?!’. It also covers: the value of friendship, the power of perception, the importance of agency and how to deal with terminally ill toys. Come watch as she takes you on a journey through the jungle of silly boys/creeps of her past, and watch her make a complete fool of herself as she celebrates her roots. ‘A pin-sharp torrent of precision gags and delightfully silly one-liners’ (Observer).”

This is my third time performing at the festival, and my second solo show. It’s pretty incredible, the fact that there is such a place as the Edinburgh festival where anyone can put on a show. I love that. Five years ago I didn’t even know this festival existed, and now I can say I wrote two shows worth of jokes. I’m pretty proud of that.

I got to perform at the Hackney Empire in London to a thousand people. That was amazing. Also, I played for the first time ever in Amsterdam, which is where I’m from. That was a huge milestone for me.

My show is written and performed by me, and it’s also about me. Honestly, if you like me you’ll love this. However, if you have no idea who I am (much more likely scenario), you should still totally come! I’ve written a very silly show that will speak to anyone who’s ever felt misunderstood. I also explore what it means to be foreign in the UK, and how to be friends with straight guys as a girl. If you like jokes about failed dates, childhood toys and Meg Ryan, definitely consider me. Most importantly, if you want to find out where I’m from (please ignore my answer to the previous question) come to my show! I pay homage to my home country in a way that is as moving as it is mocking. In conclusion, I guess, I wrote a lot of jokes so please come!

Oh my god, so many things. First off, go see Helen Bauer’s debut ‘Little Miss Baby Angel Face’, and be absolutely blown away by one of the funniest new voices in comedy – you won’t regret it. Another debut I highly recommend is Nathan D’Arcy Robert’s ‘Glowed Up’, as he is one of the funniest people I know and a damn good writer. A fellow sophomore like me to check out is Heidi Regan, whose new show ‘Heidi Kills Time’ will be a delight for anyone who likes their shows as smart as they are silly. I feel like I’m preaching to the converted when I recommend people like Olga Koch, Maisie Adam, Ed Night, Sarah Keyworth and Catherine Bohart, but do watch all of these people as they are amazing.