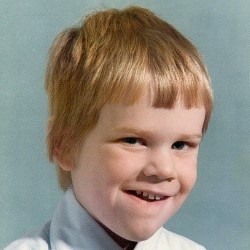 “I was asked to go to Pinewood Studios for a very small part in a very big film. Someone on the crew remembered me from “Assassin’s Creed”, when I spent a week tying Michael Fassbender to a table to be put to death.”

WHAT: “The critically acclaimed storyteller and stand-up comedian returns with a show about sex and sexuality, which laughs in the face of shame and guilt. Monster is aimed at anyone struggling to feel good about themselves. Since beginning his career in stand-up comedy in 2010, John has performed around the world. His first three shows went on to tour Atlanta, Chicago, Cleveland, Denver, Edmonton, Fort Lauderdale, Melbourne, Oslo and Rome. ‘An absolute cracker… Fringe brilliance’ ***** (BroadwayBaby.com). ‘Hilarious… Definitely not to be missed’ **** (VoiceMag.uk).”

This is my 6th Edinburgh fringe and my 4th performing a solo show for the whole run. I love the fringe – where else can you see so many great comedians all in one place and eat the best hog roast in the country? (www.oinkhogroast.co.uk if you’re interested.)

I was asked to go to Pinewood Studios for a very small part in a very big film. Someone on the crew remembered me from “Assassin’s Creed”, when I spent a week tying Michael Fassbender to a table to be put to death. I’m not allowed to tell you anything about the movie but I will be going to see it next year to find out if I made the final cut.

It’s called “Monster” and it’s a comedy show about all the things that keep me awake at night with a sense of guilt and shame – with the aim of making audiences feel better about themselves. I wrote it and perform it, although I’m indebted to everyone who came to a preview and gave me feedback – so it feels like a real team effort.

The shows are accessible to people who are “socially anxious”, so I don’t pick on the audience. If you leave during the show I won’t make fun of you – and there’s no audience participation beyond laughter and applause.

It’s been tried out around the UK plus Atlanta and West Palm Beach, Florida. Edinburgh is the first official run of the show. After that I’m hoping to take it to more audiences abroad as my previous shows have gone to America, Canada, Melbourne, Oslo and Rome. I’m always open to offers to go somewhere new!

Definitely “Jen Brister – Under Privilege” at Monkey Barrel. Each time Jen brings a show to Edinburgh I see it three times over the month to keep me going. I have to sit at the back so it doesn’t look like I’m stalking her.

I’ll be going to see “Laura Lexx: Knee Jerk” at Gilded Balloon – Teviot. She is delightfully funny and always makes me cry with laughter.

And “Zoe Lyons: Entry Level Human”, also at Gilded Balloon – Teviot at 9pm. Star of Live at the Apollo and Mock the Week, just brilliant.