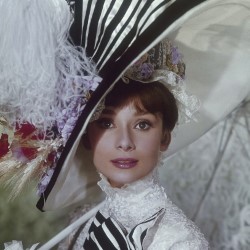 “Edinburgh is the right stage for Cecil – alive, irreverent and always ready for a party.”

WHAT: “For the first time ever, the diaries of photographer and stylist Sir Cecil Beaton are dramatised for the stage. Beaton’s society photographs flattered their subjects; his diaries did not. His wartime photographs showed his versatility; his diaries show the cost. Even his triumphant designs for My Fair Lady never stopped his doubts. And his passion for Greta Garbo found fulfilment only in his writing. Blisteringly funny and at times deeply moving, with appearances ranging from the Queen Mother and Elizabeth Taylor to Churchill and Capote, the diaries paint a self-portrait of the 20th century’s most compelling dandy.”

This is my first time at the Edinburgh Fringe. I previously wrote a show for the Fringe, for the (in)famous Lady Colin Campbell, titled A Cup of Tea with Lady C, which was performed in 2017, shortly after her – again – (in)famous appearances in I’m a Celebrity – Get Me out of Here!

This time, I am venturing onstage in my own right, as another big beast, not of the jungle but of the world of stage and film: photographer and designer Sir Cecil Beaton, one of last century’s most iconic dandies, and a blisteringly funny (wicked) diarist.

His photographs and designs are fab – but you won’t believe the things he says! I can hardly believe them, even though I know they are true!

And Edinburgh is the right stage for Cecil – alive, irreverent and always ready for a party.

What makes a great Festival? One which embraces the anarchist in Cecil as well as the icon.

What are my thoughts as I travel to Edinburgh? Look out, Auld Reekie – here comes Cecil, so gird your loins!

Since 2019, it has become more important than ever for an artist to follow Cecil Beaton’s maxim:

“Be daring, be different, be impractical, be anything that will assert imaginative vision over the play-it-safers, the creatures of the commonplace, the slaves of the ordinary.”

For the first time ever, the diaries of photographer and stylist Sir Cecil Beaton are dramatised for the stage. Beaton’s society photographs and stage designs for My Fair Lady flattered their subjects; his diaries did not.

I have been allowed to adapt and perform these diaries, and the sheer dazzling excellence of the writing, combined with the glorious Beaton photographs, makes this a premiere unlike any other show on which I have worked.

A further life? There had better be! Cecil is too good to be seen only for three weeks…

Fascinating Aida always makes me laugh: I have followed them for years.

I think Fringe-goers should try to dive into something at the Edinburgh International Festival. If we on the Fringe are to get their audiences coming to us, then we have to open our minds to their art-forms. A ballet, opera or classical concert can be as riveting and outlandish as anything on the Fringe, and it need not cost very much more. Why keep things in boxes?

If you are a theatre-goer, see an exhibition. If you are into alternative comedy, go to a play. It’s all there! Now!