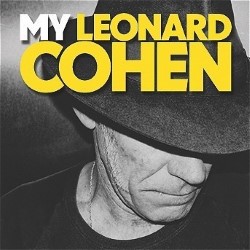 “The show is in a constant state of evolution, and gets better all the time. This is the 4th time to the Edinburgh Fringe, and fans come back, time and time again. Stewart always has a few surprises up his sleeve.”

WHAT: “Stewart D’Arrietta shares the poetry, stories and insights of the great Leonard Cohen with songs such as Tower of Song, Dance Me to the End of Love, First We Take Manhattan and Bird on a Wire. The stirring interpretations delight seasoned fans and expose Cohen’s music to new generations. Beneath the roaring bluster and cyclonic musicality, the sinewy strands of romance weave poignant and compelling stories of life, love, lust and loss – this performer’s favourite themes. Rave reviews from Fringe 2016, 2017 and 2019, and with new songs added for 2022.”

There’s no place we’d rather be in the world in August than Edinburgh. The city is abuzz with colour,  vitality and creativity. This is our 7th time to the Edinburgh Fringe. You know what they say, ‘If at first you don’t succeed; try, try again’. Just joking; Stewart D’Arrietta is a Fringe Favourite, whatever show he presents. We love coming back, year after year. There’s been so much demand for us to bring back ‘My Leonard Cohen’, so here we are. We catch up with mates from all over the world from previous Fringes. We are like a bunch of ‘carnies’.

Be adaptable! Things can change at any given moment.

Stewart D’Arrietta wrote the show in 2013 and it premiered in Melbourne, Australia. Since then it has performed all over Australia and the UK. The show is in a constant state of evolution, and gets better all the time. This is the 4th time to the Edinburgh Fringe, and fans come back, time and time again. Stewart always has a few surprises up his sleeve.

Chris Dugdale- Ethermind (Illusionist). He’s performed for the Queen! (His show is right next door to us, and we see his audience reactions. Amazed! blown away…)